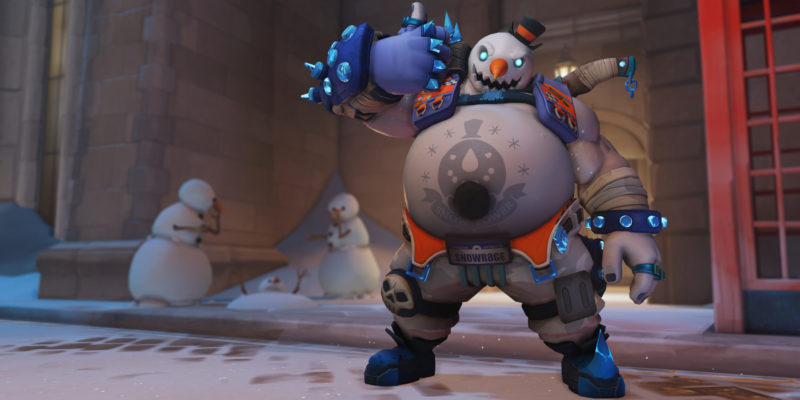 With every season Overwatch brings something new to the table. And like every year before, this winter is seeing the start of the Overwatch Winter Wonderland event and everything that comes with it. Until January 5, players can start finding more costumes, emotes, and more when they log into the game.

Of course, it wouldn’t be a Winter Wonderland event without Mei’s snowball fights. Besides the classic seasonal game modes that fans have come to expect though, there is some new content to play through during this holiday season. This year’s new game mode is Freezethaw Elimination, a twist on team deathmatch. Two teams of four players square off with the goal of freezing their opponents solid. Eliminating an enemy results in them being frozen, and frozen players can be thawed if a teammate interacts with them. It should make for a hectic, high-stakes game mode to mess around in between heated competitive matches. You don’t have to play as Mei, don’t worry.

Players can unlock three costumes from weekly challenges by winning nine games each week. They are Elf Junkrat, Gingerbread Ana, and Frosty Roadhog for the first, second, and third weeks of the event respectively.

Outside of those skins, there are five others that you’ll have to try and get through loot boxes. They are Conductor Reinhardt, Penguin Mei, Ice Princess Moira, Toybot Zenyatta, and Lumberjack Torbjorn. Good luck to the players trying to get each new skin. Of course, there are also new player icons and sprays as well.

If you’re not that into Overwatch but are still looking for some holiday gaming events, Destiny 2‘s Dawning event is live now. You can check out a guide for it here.