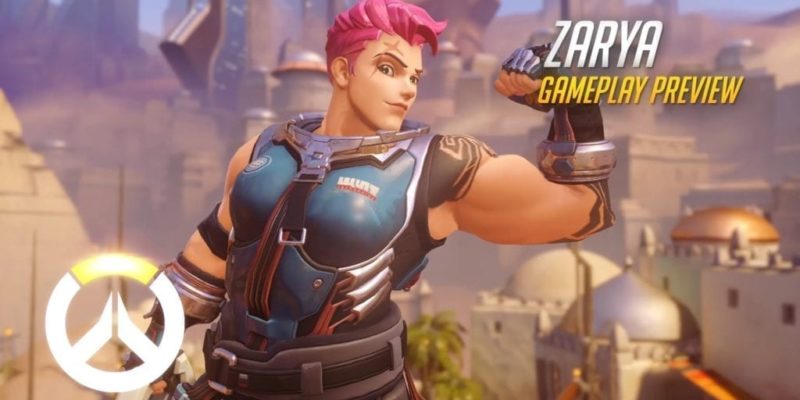 Overwatch’s latest addition to its roster of heroes is Zarya, a Russian athlete with some big guns, and a big gun. It’s best you step aside, this lady is a walking tank who’s not to be trifled with.

Aleksandra Zaryanova had humble beginnings, living in a remote Siberian village during the tail end of the Omnic Crisis. She witnessed the destruction that war could bring, vowed to become strong enough to help others, and started weightlifting and bodybuilding. The opportunity to help others presented itself when, on the eve of a tournament, the long-dormant Siberian omnium launched an attack and her village was thrown into war once again. She traded a life of fame and fortune for a life on the front line, doing what she can to help her comrades.

Zarya is equipped with the following:

Overwatch’s Zarya appears built to be a balance between offensive and defensive power, and would prove a valuable asset. She may seem a bit overpowered, but this is evened out by her lack of stealth and speed. A bit of strategy with the right teammates would be the formula for success, with Zarya on your team.

Star Wars: Battlefront PC Alpha appears, but is not open to everyone

Bombshell’s Out For Revenge, And She’s Going To Get It