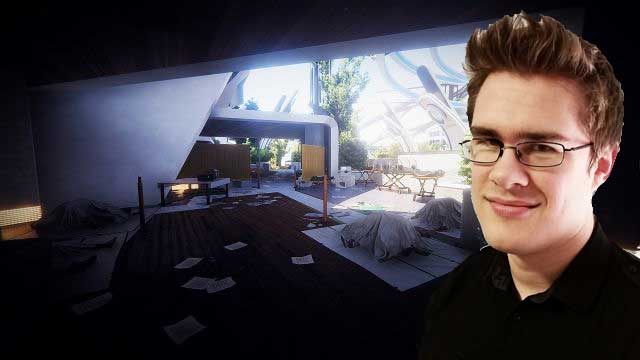 PC Invasion last spoke to NVYVE Studios about their upcoming sci-fi survival horror game P.A.M.E.L.A. in September 2015. That was quite a while back, so we caught with Studio Director and Level Designer Adam Simonar to find out how things have been going since then.

The developers have just announced that the game is coming to Early Access on 9 March.

PC Invasion: Tell us about the story of P.A.M.E.L.A. and what can players expect.

Adam Simonar: P.A.M.E.L.A. is a freeform, open-world survival horror game set in the once-idyllic fallen utopian city of Eden. Players will wake up into a simultaneously beautiful and dangerous world, and will need to explore and scavenge hi-tech supplies and weaponry to survive against the city’s afflicted citizens. There is a huge urban sci-fi world to explore, with hundreds of items to uncover and use; you’ll die many times before encountering a fraction of what the game has to offer!

PCI: You have been quite quiet about P.A.M.E.L.A. for the past year, so what has been happening behind the scenes at the studio?

AS: We felt the best move was to keep things a bit quiet, aside from our weekly dev blogs, so that our time could be spent 100% on building and polishing the game. Since our last gameplay trailer at GDC 2016, we’ve added a tremendous amount of environment to explore, new NPC types, new weapons, armor, building items, animations … I could go on. It’s been pretty fast paced! 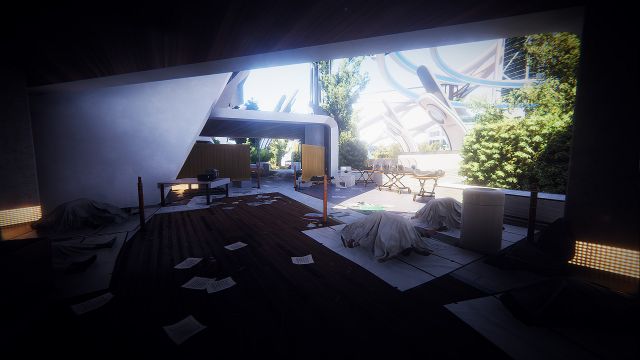 PCI: As far as gameplay is concerned, what can players expect? How is the game split between exploration, puzzles, combat etc. Is it focused on one more than the other and has the focus changed at all in the past couple of years?

AS: The core gameplay direction is to survive, after being woken up into the fallen-utopian city of Eden. How you pursue this goal is up to you, however; whether you’re more interested in exploration, base building, biological augmentation, weapon upgrading, or a little bit of everything, P.A.M.E.L.A. provides a wealth of tools and routes to pursue your goal. Along the way you’ll also be uncovering the story of Pamela, Eden’s AI overseer, and that of Eden’s citizens, through non-linear narrative including datapads and audio logs.

PCI: Would it be fair to say there are RPG elements in the game?

AS: Definitely, in the character progression sense. You’re able to upgrade weapons, armor, special abilities, bio-augments, and more in order to craft your desired style of play. We’ve added a wide foundation of customizability across the board and will be building on these systems even further as Early Access progresses.

PCI: Last time we spoke you mentioned body enhancements, how will these work and have you got some examples?

AS: You’re able to augment your body through the use of certain medical apparatus found in a key location within Eden. There are various augments to select from, ranging from cheaper, straightforward options such moving more quickly at a cost of health, to more exotic enhancements that increase health regeneration while in sunlight. Certain rare augments must be found and unlocked before you’re able to equip them, so exploration is definitely key here. 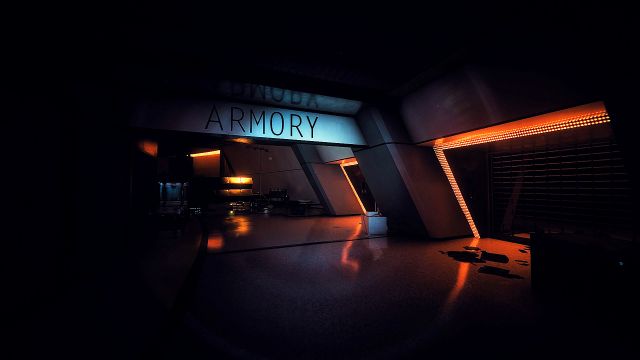 PCI: Let’s talk combat. As we have seen from the videos, there are some nifty gadgets to play with. What can we expect from combat encounters?

AS: The core combat system revolves around your AARM, a modular system which you’re able to equip different attachments onto. There are numerous weapons, utilities, and power sources which can be found and equipped, each with their own unique properties and upgrade trees. You can equip 5 of these at a given time, meaning you can tune your loadout with quite a bit of flexibility. You’ll also have access to abilities granted to you by Pamela, which you see a clip of in our latest trailer; these are powerful abilities than must recharge between uses that can turn a fight in your favor (or aid in exploration!)

PCI: Can players approach the game in different ways? In other words will you be able to take a more stealthy approach for example?

AS: Definitely; through your actions, as well as your gear choices, you can develop a stealthy playstyle, a full-out combat, heavily armored playstyle, or somewhere in between. For example, one of the holo-shield items you can find causes you to briefly disappear when broken – very useful for escaping a dangerous situation!

PCI: There’s no doubt the game looks quite stunning. How hard has it been do design the game and keep the visuals top-notch?

AS: Thank you! We’ve focused quite heavily on visuals throughout the process are one of our main goals with P.A.M.E.L.A. is to create a totally seamless, believable utopian world for players to become completely immersed within. Our studio collectively has a background in architectural visualization and design, so we’ve certainly leveraged these past experiences to help bring the city of Eden to life in a way that’s pretty unique within the survival genre, I believe.

PCI: Last time we asked about VR and you said you were not concerned about catering for the VR audience. That was in 2015.  Since then the Vive and Rift have arrived and P.A.M.E.L.A. looks like it could transfer well to VR so is that something you will look at after all?

AS: We get this question a lot, and I wish I had a more immediate answer for it! We’re considering a potential separate VR mode or companion app at some point, as we do love the potential that VR brings to the table. This would allow us to play with the P.A.M.E.L.A. world in VR, without spending a huge amount of time reworking the base game to support it. 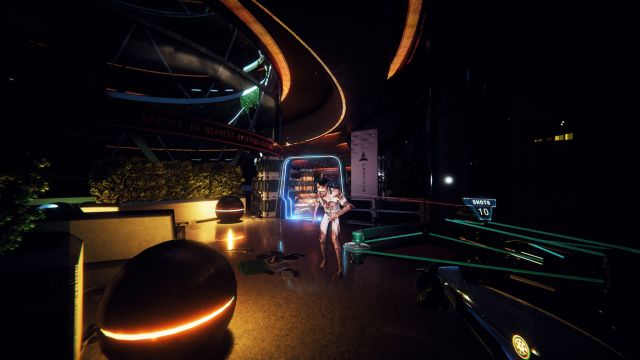 PCI: The PC is not short of horror survival games these days, so what makes P.A.M.E.L.A. stand out from the crowd?

AS: I believe that the world we’re creating is pretty unique within our genre; we’ve focused entirely on building a hand-crafted, believable fallen utopian world, with a huge selection of unique items, abilities, adversaries, and more. While survival gameplay has certainly seen it’s fair share of play on Steam across many titles, I think what P.A.M.E.L.A. brings to the table is quite fundamentally different in terms of the content and flow when compared to say, more nature focused, crafting based survival horror games. Players who love those types of games, but are interested in experiencing a fresh new setting, should have a great time with P.A.M.E.L.A.

PCI: How much will players be able to tweak the visual settings? What kind of graphics menu options are you adding?

AS: We’ve implemented a wide selection of visual options, for in terms of fidelity/performance as well as personal preference. You can tweak or disable almost every visual effect on the camera to find your optimal performance-to-quality ratio, tweak FOV, reticle size, and more. I think players will be pretty happy with the range of options, and we’ll likely be adding even more as Early Access progresses.

PCI: Is there anything else you want to share about the game before it finally hits Early Access?

AS: After years of hard work, we are just extremely excited to finally be sharing P.A.M.E.L.A. with the world! We’re looking forward to continuing to work with our awesome Steam Community to keep improving and polishing the game through Early Access, and can’t wait for everyone to get lost within Eden.

By Steven Wong4 days ago
Interviews