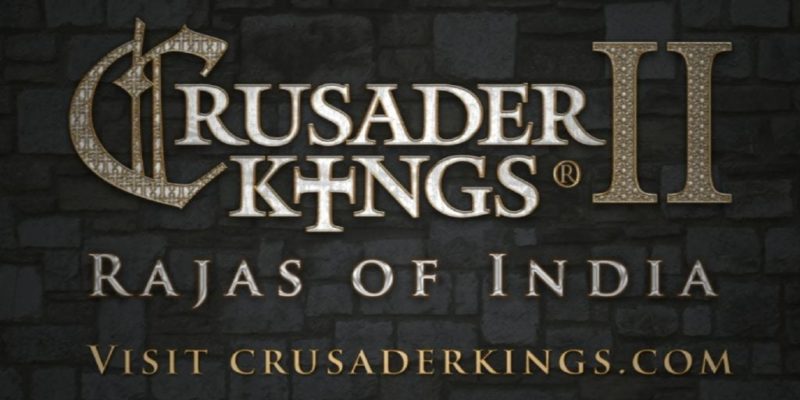 As with Europa Universalis IV: Wealth of Nations, we knew about Crusader Kings II: Rajas of India prior to its official announcement thanks to people going on about it at Paradox Con. Also as with Wealth of Nations, Paradox have now officially announced it, giving us a few more details in the process.

Rajas of India adds the Indian subcontinent and gives you the option to rule it, and deal with its multiple religions. I quote the press release: “Make Siddhartha proud as a Buddhist and advance your technology or maintain a harmonious stable realm as a Jain. Raid your neighbors as a warlike Hindu of the Kshatriya caste!” Naturally, there’ll be a tonne of new cultural and religious events, ranging from philosophising about reincarnation to meeting yogis. There will also be war elephants.

Crusader Kings II: Rajas of India is due out this spring. A teaser trailer and a pair of screenshots follow.