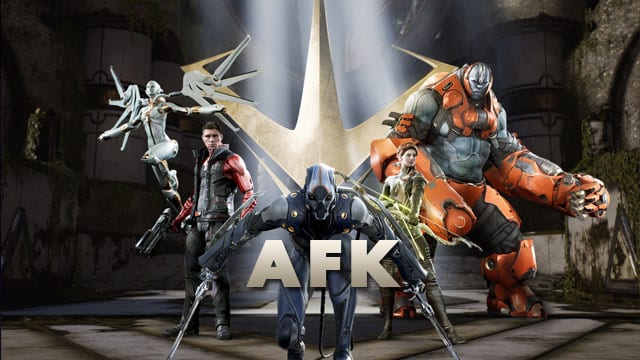 It’s been a couple of weeks since my last Paragon update and this week has been a mixed bag once again, mainly because of the AFK problem.

Every MOBA suffers from AFKers but the issue has become such a problem in Paragon that I can now recognise players in the matchmaking lobby that are serial offenders.

So what happens when someone goes AFK in Paragon? First of all, your team is likely to lose, although on one single occasion the team of four I was in managed to win a match against five. This I have to assume is quite rare.

In Paragon the only option players have is the report function which is a text box which can be filled in with details of the offender and an explanation of what has happened. This is very useful if action is actually taken by Epic. As of this week I‘ve been reporting all players who are going AFK but it’s impossible to know if something has been done about that individual player. The serial offender I mentioned above is still doing it this week after numerous reports so the system hasn’t been working.

To highlight the problem, take a look at this individual’s stats on Agora.gg. You will note that for every game they play, there’s four or five where they have no kills and no deaths, a fantastic stat of 0/0/0. Because I recognised this guy in the lobby today I asked if he was actually going to play this time. That was met with complete silence. Needless to say he went AFK as soon as the match started.

Having an AFKer in your team is one of the most frustrating aspects of the game currently. Nobody wants to quit and record a loss, even if  there’s a very slim chance they might get a win. One reason I can think that anyone would even go AFK is to simply sit the match out and receive the small amount of reputation earned from the loss. I find it difficult to believe that seriel AFKers are the victim of repeated disconnects due to poor internet a connection. 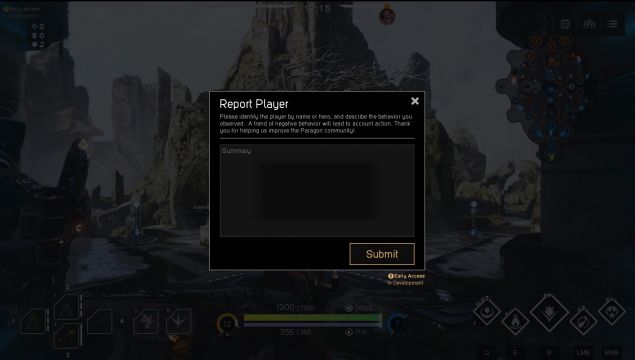 So what are Epic doing about it?

They then go on to say:

“We’re not changing the identification criteria, so the amount of AFK activity or Leaves we plan to action upon stays the same. We are only actioning the worst offenders here, blatant repeat offenders who are ruining games for others.”

Not all the community is happy with the idea of bans, but as someone who more often than not has to wait at least 20 minutes on average in the matchmaking queue, I am fully behind bans for players constantly doing this.

This is a step in the right direction but Epic need to perhaps look at other MOBAs such as DOTA 2 and start marking less serious offenders. Perhaps place them in match queues with other players who have been offending in the same way. This might not be possible right now due it being a closed beta, but this is an idea that needs to be experimented with. There would be nothing more satisfying than knowing offenders were all lumped together, and that goes for chat spammers too.

A manual reporting system is all well and good but not all players will be bothered to fill in a form in the middle of a game and it doesn’t fix the situation there and then. Other players in the team should not be penalised in any way because one bad egg wants to ruin the game for everyone.

One solution would be for Epic to monitoring a player’s activity when they are AFK and have the player flagged automatically as having abandoned the game if they have not gained experience or applied any damage for a 5 to 10 minutes.

Epic is also addressing bot/script/ hack cheating by applying a permanent ban for a first offense. This is a no-nonsense policy and one that I think should be embraced by players.

Paragon is shaping up to be an excellent MOBA but Epic need to put systems in place fast to stop the AFK problem before players decide it’s just not worth spending the time looking for a match only to have one player sit there and do nothing.

I now have a list of offenders I keep on my desk and if they appear in a lobby I am waiting in, I will simply leave. Time is too precious to be wasted.