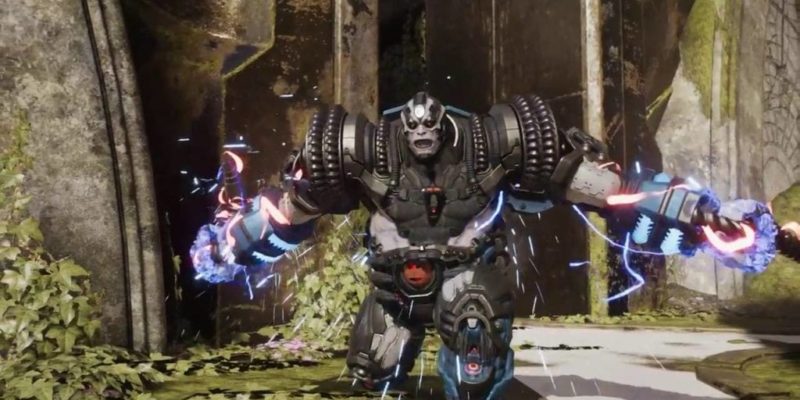 The Paragon v27 patch arrived this evening and it’s the first patch in a long time that’s included some major changes to the core of the game.

This afternoon was interesting once the patch arrived, what with the new draft system where characters are selected (and locked out) in turn. It’s not been a problem for me because Gadget is probably one of the least played characters, but one of our regular players Josh has become extremely frustrated with the system. For weeks, he’s been fine-tuning his Steel card deck and learning to play like a pro. The Second match in and Steel was picked by another player before his turn to pick came around. This system now means you cannot be the master of one. The only way to be assured of your pick is to have a five-man premade team. Not ideal, but, as far as I can tell, there is a part of the old system still there so players who prefer a character are not matched together. I could be wrong but it appears that way.

Sorry. Someone else is playing your favourite hero

I also have a real issue with the penalty for players leaving the draft. Leave the draft and your account can be penalised. That’s all well and good but when the game goes in and one of your players fails to connect or goes AFK (pretty much guaranteeing a loss), you are stuck wasting 20 minutes of your life waiting to surrender, and that’s only if the rest of your team agree. This system is fundamentally broken right now and the draft has only made it worse. Tonight I have played for four hours and every single game has had an AFK or disconnected player. I have only had the chance to complete one game at a fair level since v27 dropped. I know of at least two regulars I play with that have decided enough is enough and put the game down for now.

Final note on the new draft system. If a player leaves the draft after the draft has already begun, the whole process is disbanded and it’s back into the queue to waste some more time. This usually happens if a player can’t play the hero they want.

If you thought the draft would improve matchmaking times in Paragon then think again, it’s still as frustrating as ever.

There’s also this bizarre extra layer before the draft where you have to click ready and green ticks appear. If someone doesn’t click it starts all over again which means more wait time. Some of the ideas in this patch are just plain nuts. 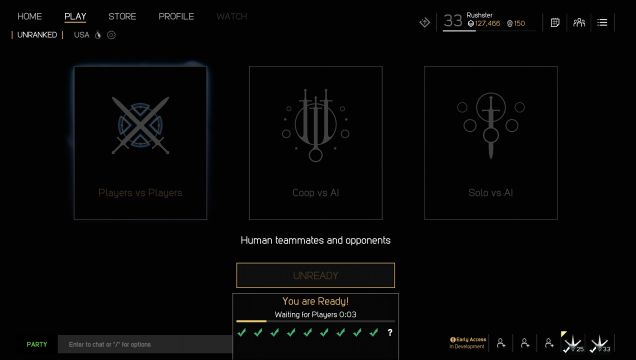 The changes introduced in this patch actually go a lot further than the patch notes might indicate. With the minions now reduced, but beefed-up per wave, you wouldn’t necessarily think that would change the way the game plays: but it does. Previously there was a chance you could sneak in and take down a tower while the opposition was being kept busy. That is now impossible to do as there just aren’t enough minions to distract the tower. The pace of the game in the lanes now also feels lumbering and tedious as you stand still pummeling low powered skills into minions in the early part of the game.

A feature that made Paragon exciting was the Inhibitors, which would respawn once destroyed after a certain time. A team could be on their knees with all Inhibitors down but if they can protect the core for long enough they would come back and the team could snatch a victory. This is the exact scenario in my final game before the patch. It was a nail-biting and tense game. We actually fought back to win it.

Now Inhibitors are essentially just extra towers that trigger a single super minion and a few other normal minions. Once they are down that’s it, there’s no way to give your team a fighting chance of a comeback and it immediately puts a team on the back foot. Whoever at Epic thought this change was good for the game is seriously mistaken. Thankfully there will be a way to restore them in the future, but that mechanic is not in as confirmed today by the devs.

“This mechanic hasn’t been implemented quite yet but for sure is incoming at a date to be announced! Appreciate you expressing your concerns. Once this mechanic is in, I would definitely encourage you to give us more feedback! Thanks!”

There’s now no levelling up on the main skill, something that I do approve of. As far as I can tell the UI etc will be tweaked to better reflect the skills and upgrades but having it scale while you level makes more sense.

The Deathball issue where packs of players would roam the jungle causing mayhem while levelling has now been tackled with fewer XP being awarded if there’s three or more players involved. What this means is players are now encouraged to play in pairs. The Deathball issue was a problem for some players and it needed to be addressed, but it’s frustrating having game changes like this dictate the way you have to play.

It’s been really hard to get any enjoyment out of this latest update and I now have real concerns about where Paragon is going. As I understand it, Epic are wanting to create a MOBA experience; but what they’ve perhaps failed to realise is that they could have something better than simply another MOBA. Paragon appealed to MOBA players and even gamers who would usually go for a shooter or third person action game. It was bringing two different types of player together to make a challenging and exciting game experience, but with enough elements from the MOBA genre to bring strategy to the game.

Epic are in real danger at this point of losing a lot of players unless they seriously address the mechanics and rollback/reevaluate some of the changes. I am all up for change and improvements in any game, and I have played and tested a lot of games in 30 years, but this update is a step in the wrong direction for Paragon. I seriously hope they go back to the drawing board with this.

Every day has been Paragon day for me of late, but after this patch I think I need to take a timeout until it stops trying to be 100% MOBA and returns to primarily being an exciting game featuring MOBA elements. I know not every one will agree with me, and MOBA players may want this to be another MOBA like all the others, but I think it would be nuts for Epic to try to make Paragon just like all the rest. What would be the point in that?

E3 2016: Lawbreakers Demands to be Noticed