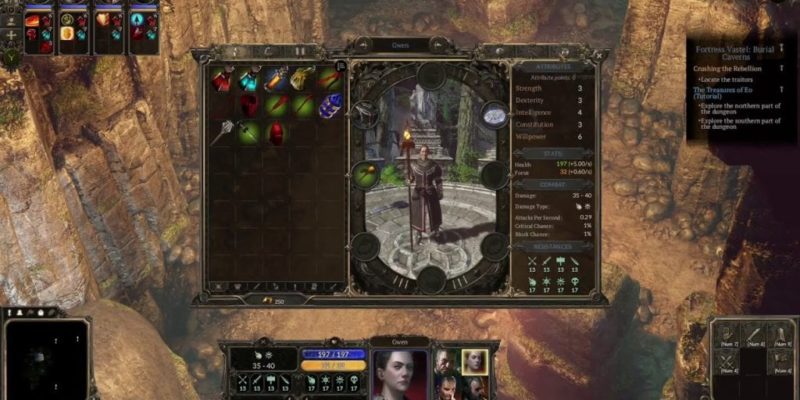 SpellForce 3 comes out later this week, and one of THQ Nordic’s codes found its way into my inbox. It’s a series with which I’m not really familiar. I know the first two came out over a decade ago, and that this one is by a different developer (Grimlore Games).

The premise is ambitious; a hybrid combination of lengthy (30 hours plus) isometric RPG and real-time strategy. Quite whether SpellForce 3 pulls that off, I’m not in a position to say. The prologue sections did indeed feature a bit of RTS base-building and resource-gathering, but in this PC Invasion Plays video I’m doing a spot of RPG dungeon roaming.

My intrepid party of four (featuring the voice of Witcher Geralt) are on the hunt for a rogue mage. Loot, undead, and action-wheels await. There’s also some early confusion with the controls, because this pre-release build had reset my control options. Don’t worry, that all gets cleared up relatively swiftly. I may come back and take a look at an RTS segment in a future video, but for this one it’s all RPG-focused.

SpellForce 3 is out on 7 December.