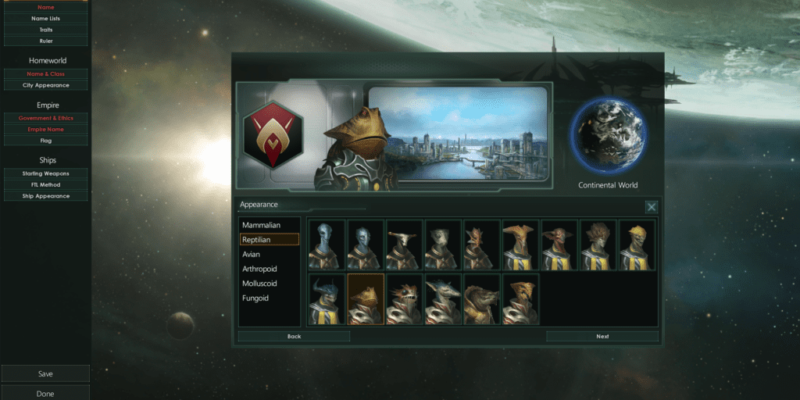 Paradox’s latest grand strategy title, Stellaris, allows (almost encourages, really) players to conquer the stars as a race of super-spiritual, rapid-breeding molluscs. Which, great game though it may be, isn’t something you can really say about Europa Universalis IV. Unless it was part of some kind of ill-advised nationalist joke.

In this pre-release video, I take a look at the thoroughly entertaining race/species creation options (and discuss the impact of some of the more important parts like traits and philosophies), then play through some of the very early sections of the game. Those opening segments don’t show a lot of the diplomatic or planetary colonisation aspects, however, so for the video’s conclusion I load up a much later save to talk through some of Stellaris’ mid-game features.

It’s absolutely not a review of the game (because those are barred until 9 May, which is when you’ll see a written, scored critique here at PC Invasion), but it should provide an overview of a decent number of mechanics. Have a look, below. 1080p/60fps is available (or will be, as long as YouTube has finished processing everything).