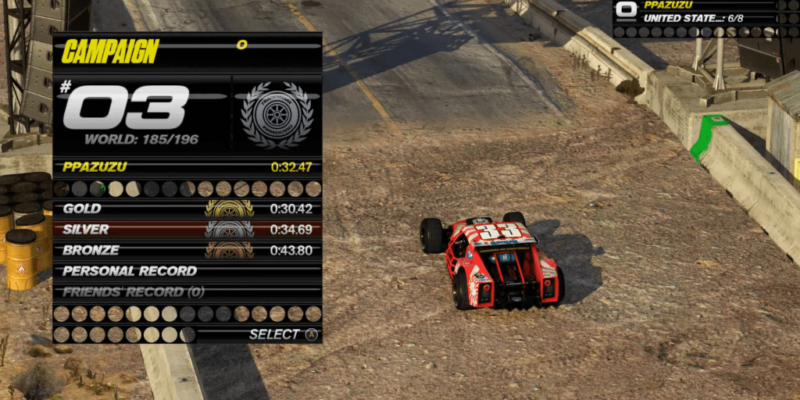 I’ve got an intense excitement for tracks. One might even say a mania. The only cure is the latest in Nadeo’s series of accessible, arcade beat-the-clock racers, Trackmania Turbo.

Review code for this one came in the other day and, as there are basically no restrictions on sharing pre-release video, here’s me attempting a few of the game’s early tracks. Watch as a man attempts to beat his own ghost-car in a race, braves the perils of first-person loop-the-loops, and crashes far more often than is probably acceptable in these opening stages.

At this point the multiplayer servers are understandably a bit sleepy, but that doesn’t stop me dropping by on one of the few that happens to be up. I’m not sure the other people in it were even at their PCs, though. After that, there’s a quick look at the ‘randomise’ feature in the game’s bundled level editor and a tour of the garage customisation stuff.

Trackmania Turbo comes out on 22 March in the US, and 24 March in Europe. Once YouTube’s done encoding, this should be available to view in 1080p/60fps.

LawBreakers coming to Steam and looking for mature audience