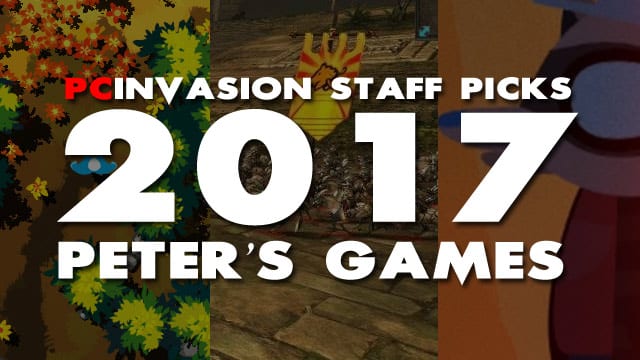 The readers have spoken in our mostly democratic PC Invasion Readers’ Awards, so now it’s our turn as staff to pick out some quality games of 2017. As ever, there’s no official order to any of these. They’re all just games we played in 2017 that we liked a lot. Maybe you’ll like (or have liked) them too.

So, without wasting any more time, here are four good ‘uns from this year. Plus a pair of honourable mentions. Links to reviews where applicable. 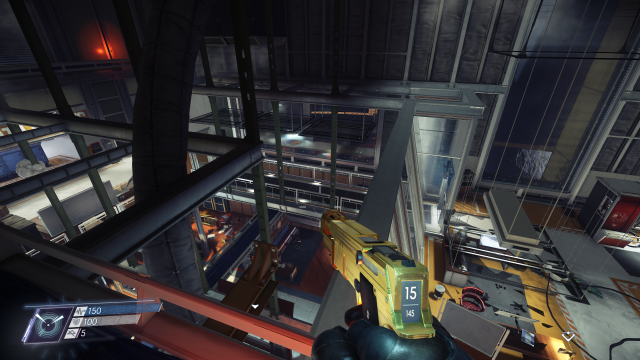 ‘Immersive sim’ may be the least helpful genre term ever created, because rather than providing a shortcut to understanding like a useful piece of terminology (‘first person shooter,’ ‘city builder’) it just raises more questions. How am I supposed to convince people to play these games when the language is so obscure and offputting? What ‘immersive sim’ really means is “Did you play any of those Looking Glass Studios games in the 90s, you know, like Thief or System Shock? Remember how those games, and stuff inspired by them like Dishonored, have really superb world building and kind of gave you an RPG-like skill set to play around with in pretty open levels? Yeah, it’s that.” There has to be a better way to communicate those things.

Anyway, Prey is very much ‘one of those’. Where Dishonored was (sort of) Arkane’s interpretation of Thief, Prey is absolutely their version of System Shock 2. I mean, it’s basically System Shock 3. At least until an actual System Shock 3 appears.

Like the best of its kind, Prey is one long exercise in encouraging you to break things. Break the path of progression. Break the rules the game appears to have set for you. The main action of the opening is breaking a window to reveal the truth of your situation. When it isn’t subtly encouraging you to circumnavigate an area by building your own path with the excellent GLOO Gun, or making you wonder how the game will adapt to you killing an important NPC (just fine), Prey is keeping you nice and paranoid about harmless coffee cups. The Typhon enemies as a whole aren’t the most inspiring bunch, but the item-copying Mimics do a fine job maintaining an isolated, almost survival horror vibe in the early part of the game.

Reported sales figures for Prey and Dishonored 2 make me a little worried for Arkane’s future, and for the recent renaissance of ‘immersive sims’ in general. But if they really are going to become commercially unattractive again for a bit, at least this era has left us with some new classics.

Night in the Woods 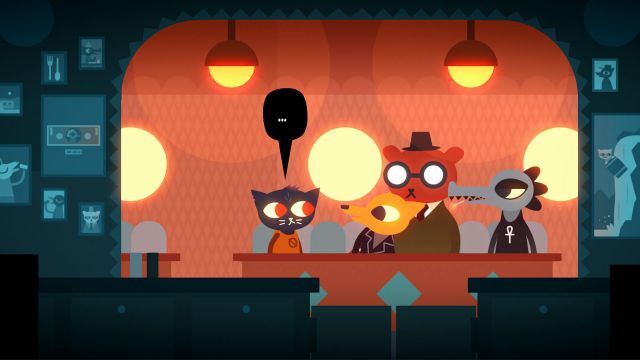 It’s pretty crazy how many individual gaming preferences of mine Night in the Woods managed to hit. Funny, vulnerable, real characters (Gregg is a fox who likes to wear cups on his ears and smash fluorescent tubing, and that’s still roughly fifty seven times more authentic than any other videogame character). Themes of anxiety and late capitalist economic hellscape woes (one and the same, really) treated with nuance and an unromanticised straightforwardness. An outstanding score by Alec Holowka. And you play as a cat. With nightmare eyes.

Precious few games dare to risk their reputation for escapism by being about real, existential troubles. Night in the Woods shows you a structure crumbling to powder beneath the weight of its own contradictions, and it does so while managing to remain warm and fanciful throughout. Things are pretty shit, it says, but a better world is possible.

On the very day I’m writing this, the game is getting a free Weird Autumn update adding more quest bits, more songs, and more crimes. Play it. It’s the best game on this list. 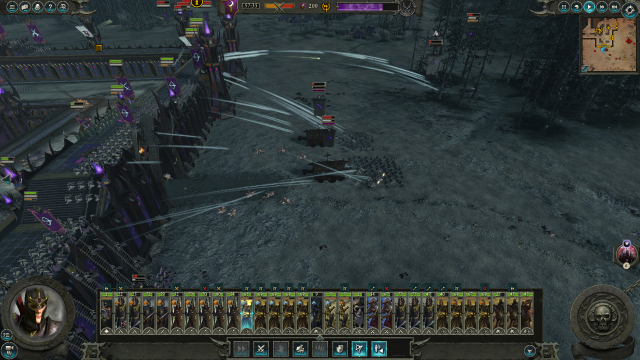 Creative Assembly’s follow-up to Total War: Warhammer pretty much did what I’d expect a rapid-fire sequel (it came out a little over a year later) to do. Build on a few strengths of the original, make some quality of life changes, and get some new factions in there. As it happens, one of those factions (Dark Elves) is the one I spent most time with as a tabletop player, so being able to maraud through virtual Ulthuan was rather enjoyable. All four factions leaned harder into the special mechanics and unit diversity that have characterised Warhammer, and, a few undercooked aspects aside (that Geomantic Web is a bit dull, sorry Lizardmen), that felt pretty damn successful. It’ll be interesting to see how much of this direction Creative Assembly opt to carry into their next historical project, Thrones of Britannia.

One significant difference here was the more experimental campaign conditions. I’m eager to see Total War games figure out a way to keep the end game relevant (rather than it being a procession as you power-snowball across the map), but the Vortex objectives don’t feel like the final answer to that problem. Having to balance expansion to resource sites with regular defense of home turf is novel the first few times; it just brings a few issues of its own, like over-zealous Chaos stack spawns. Seeing one of the free DLC packages devoted to a few alternative victory conditions would be ideal.

So while Total War: Warhammer 2 was firmly in the territory of ‘more Total War: Warhammer … but with a new map and factions this time,’ that was broadly what I was looking for. The Total War formula shake-up happened with the first game, this second one is mostly a consolidation and minor expansion of those mechanics. 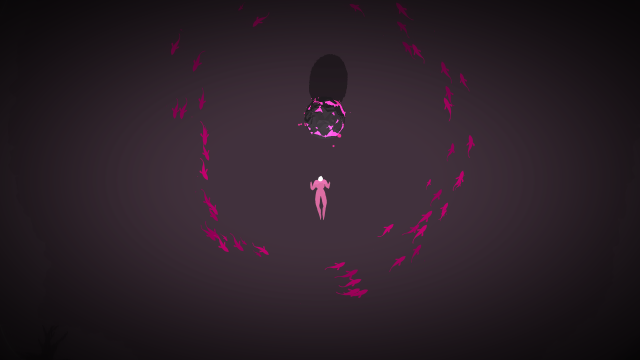 I’m always an easy mark for a game that purposefully designs its mechanics around discovery and experimentation. Toki Tori 2 is the easiest comparison here, but things like Dark Souls have more than a little of this approach to them too. Future Unfolding basically tells you nothing and drops you in a realm of forests, lakes, and rocky valleys. Here’s a rabbit. Can you interact with it? What happens when you do? What about these weird lay lines and unique flowers? It maintains a proper sense of exploration throughout the vast majority of the game, both in terms of covering actual land, and poking around at progression puzzles.

It helped a great deal that I’d essentially seen no promotional materials for the game at all (I first heard about it via The Computer Game Show), allowing me to go in completely fresh. That’s a rare and welcome event for any game when you’re in this line of work, and Future Unfolding is that particular type of title that benefits from a blind entrance the most. It’s a doorway to a relaxing, meditative journey.

Divinity Original Sin 2 – Would probably be on this list with a proper write-up if I’d managed to find time to get much further than Act Two. Far as I can tell Larian have done the business again with a magnificent RPG.

Get Even – An unsung title with a bumpy development process, which nonetheless turned out surprisingly great. It’s one part walking sim, one part first person shooter (with a gun literally designed to fire around corners), with a dab of suspense and horror here and there. Star of the show is a mind-bending, twisting narrative. It’s an odd one, but definitely worth looking out for in a sale.

For more of our best games, check out Paul’s Picks. Also, read the 2017 Reader’s Awards,

Grab ASTRONEER at a Discount Until January 4th

By Steve Clist7 days ago
Features