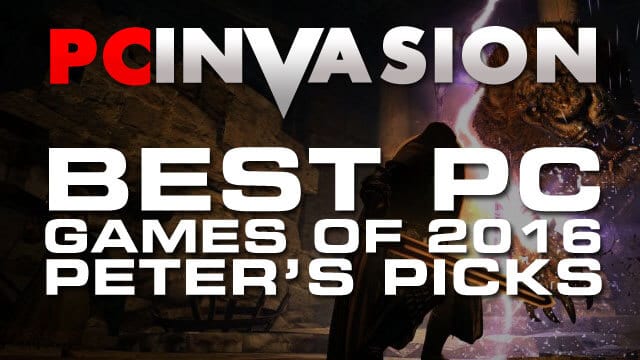 It’s that time of year when images of a fat man adorned in red appear everywhere, which either suggests the New Year is approaching or AMD have embraced some sort of jovial, present-dispensing beardo as their new mascot.

With December in its final stages, it’s traditional for gaming outlets such as this one to reflect on the greatest of the great games from the past twelve months. Mainly because this is the only period when we actually have the time to do anything besides panic about the number of new releases.

At PC Invasion we don’t really go in for TOP 10 OF 2016 ULTRA-OBJECTIVE MEGA RANKINGS (we’ve got a running list of everything we gave 8/10 or more to over here, if you fancy something close). Instead, we run our Readers’ Awards and do personal lists featuring four or five Games That We Have Really Liked In 2016. This is one of those lists.

Not a new game for a lot of people, but 2016’s PC version was my first taste of this delightfully strange action-RPG. This is one of those cases where, okay, objectively some things about Dragon’s Dogma are kind of bad. The characters are mostly pretty bland (although you won’t be forgetting Mr. “They’re masterworks all, you can’t go wrong!” or Feste in a hurry), and the quests feel a bit crap in comparison with contemporary efforts like The Witcher 3. But there’s something very compelling about this game’s willingness to break from conventions, and walk its own path.

I mention walking because you do a lot of that. Dragon’s Dogma doesn’t have time for your fancy 21st Century notions of ‘convenient fast travel points,’ and instead leaves it up to you to (first) walk to interesting places on its open-ish map, then drop one of a limited set of Portcrystals in locations to which you may wish to return. It’s almost a deliberately contrarian approach (and has actually been toned down a bit in the PC release, because you’re given the magical teleporting device up front), but it also returns a certain sense of danger to roaming around videogame countryside. Embarking on a night-time expedition without proper preparations can get you killed and reverse a substantial amount of travel progress. Some won’t like that, but it definitely makes you pay attention to your surroundings and be wary of lopsided combat encounters. 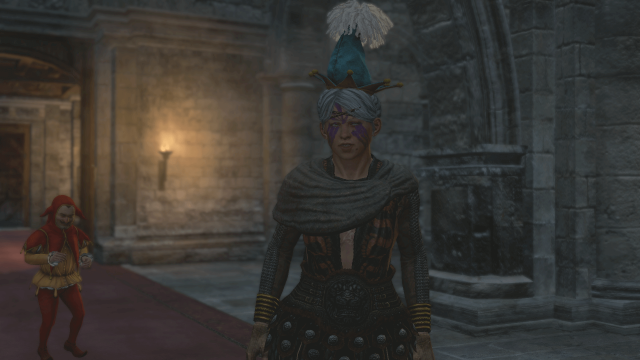 Battling beasties in Dragon’s Dogma is a delight. At least, it is when you’re fighting the larger mythological foes that populate the world. The mechanics at play here are an unusual mixture of low-key combo/juggling-based combat (the very basics of a Devil May Cry, say) and the clambering antics of Shadow of the Colossus. Taking on a Griffin for the first time is a daunting and even rather harrowing experience, as you work to subdue and cripple a majestic beast by assaulting its wings or hanging on to its neck for dear life. All the while, your enigmatic ‘pawn’ companions are learning from your actions and (hopefully) backing you up in vaguely useful ways.

Dragon’s Dogma has its fair share of flaws, but they’re generally the result of a title emphatically doing its own thing. I’m a huge fan of games within apparently ‘familiar’ genres forcing me to learn new systems, and Dragon’s Dogma is basically quirky mechanics and engaging obscurity all the way down.

The most innovative shooter I’ve played in y … alright, no, I’m not just going to do that reference and then bugger off.

SUPERHOT’s cocksure sign-off has a fair bit of truth to it, though. It’s emblematic of a game that knows it’s clever, stylish, cool as hell, and doesn’t mind boasting about it. Unusual arrogance for the oft-humble indie scene, yet also quite a welcome change.

Coming up with a mechanical hook (it’s an FPS where time moves incredibly slowly, except when you yourself are moving) is one thing, but it’s quite another to pull off the sort of self-insert movie set-piece elegance on show here.

Sure, the cyberpunk, hack-brainwashing narrative is a bit up itself. SUPERHOT earns that right, by projecting every John Woo, Tarantino, and Wachowski shoot-out fantasy the player has ever had onto a stark white backdrop populated by blood red, crystalline shard-men. It’s a tremendous idea, executed practically to perfection. Not since Hotline Miami has a game both appeared so effortlessly cool, and left the player feeling the exact same way.

The last Total War title I played prior to this one was Rome 2. At launch. So the fact that Warhammer actually worked properly without all the little AI goblins crowding into a lone corner of the battlefield and refusing to move was a promising start.

Easy jokes about just how horrible Rome 2 was at release aside, Total War: Warhammer combined two of my favourite things. Directing hordes of soldier men around fields in neat formations, and fantasy realms that are one third Tolkien, one third generic heavy metal album cover, and one third British designers being weird for the sake of weirdness. Creative Assembly actually did a terrific job translating the unique (and sometimes uniquely silly) factions from Warhammer into a coherent set of Total War systems. The strategic layer still isn’t exactly amazing, because the AI remains too scared to engage in fair fights 90% of the time (unless by ‘fights’ you mean twenty agents trying to mug your armies one at a time), but it’s improving with every expansion. 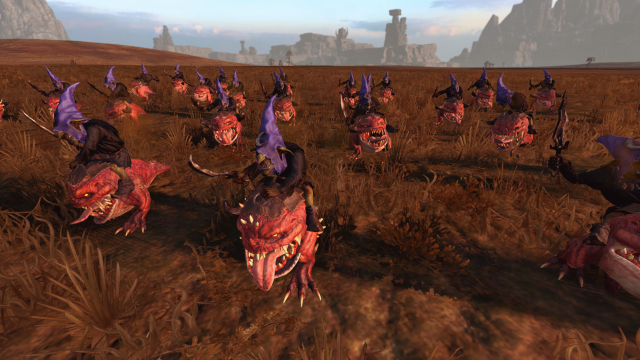 That aspect of Total War: Warhammer has really impressed me. Say what you will about the DLC policy (and as somebody who used to spend £5 on a packet of about three little metallic figures, I have a hard time complaining), it’s steadily introducing meaningful changes to the game, even for people who don’t buy the add-ons, and shows clear signs of Creative Assembly revisiting prior mistakes. Chaos were a bit rubbish as a ‘horde’ faction, but the Beastmen did it exactly right (and Chaos recently got a few more freebie units). Playing co-op as the same race was impossible, until inter-race factions were added with The King and the Warlord. The glory of Squigs was incomprehensibly overlooked, until they were included in the aforementioned add-on. And so on.

The Wood Elf expansion continued this trend by introducing a unique economy and basing their campaign victory around nourishing a mighty oak tree.

In short, what was a pretty damn solid Total War title at launch has blossomed into a glorious playground of Warhammer insanity in the last six months or so. I can’t wait until about 2020 when all the sequels, expansions, and DLC are out, and the world map is one magnificent bloodbath of absurdist, (war)hammy fantasy.

Hitman 6: Hitman: Season One of Hitman

One of the surprises of the year, and a game I am delighted to have been absolutely wrong about.

The signs weren’t entirely promising. Hitman Absolution, the prior game in the series, had generally gone down like a target of Agent 47 standing dangerously close to a ledge. I quite liked parts of it, and I think you could argue in favour of certain mechanics and structures laying the groundwork for Hitman 6; but I admit that forgetting to actually be a Hitman game about 80% of the time was a bit of an error.

Then, after making all the right statements about the new game (mostly variations on “look, yes, we get it, you all want a 2016 version of Blood Money”), IO were blindsided by the Square Enix sabotage squad. Suddenly, Hitman 6 was going to be Hitman 6: The Episodic Series With The Confusing Purchasing Plan, and a whole new set of uncertainties flooded in. Was this title in development purgatory? Could anybody be sure the game would be finished, or would this turn into some sort of Early Access crisis half-way through release when a Square Enix exec looked at the sales figures and didn’t fancy carrying on?

Mix in some launch-period woes with the series’ always online system and its absolute revulsion for offline play (which has waned a bit, but is pretty much the remaining black mark against this game), and things looked rather bleak. However, by this point everybody had actually played the tutorial levels and the Paris fashion show, and it was looking like Hitman might in fact be … a bit of a triumph.

Agent Helmut Krugar earns the right to a good strut and pose.

Sapienza followed, and cemented itself as a firm favourite. It, and the later Hokkaido, are two of the best Hitman levels of all time. Both had the same gentleman as creative lead: Torbjørn Vinther Christensen. So let’s all hope he makes a comeback for Season Two.

To my surprise, even the staggered release schedule seems to work quite well. Replaying and revisiting the released levels occured through both necessity (the others weren’t out yet), and through IO’s series of added challenges; Elusive Targets, special sniper tasks, and the like. The six mission maps range from the outstanding (Sapienza, Hokkaido) to pretty alright (Colorado, Marrakesh), with Paris and Bangkok dropping rather great mansion maps somewhere in between. With the level design suitably tight, there’s every reason to pop back into them when the opportunity arises.

There’s something wonderfully anarchic about the heart of the Hitman titles. You’re an agent of extrajudicial chaos, dropping into a sandbox where the explicit purpose is to immediately set about breaking all the social conventions of the space you’re in. Get into restricted areas. Clamber around on parts of the building where you’re not supposed to be present. Knock somebody out and steal their clothes. It rewards and encourages the feelings many games players have about the sometimes limited spaces afforded to them. Where others put up a knee-high wall and say ‘no entry’, Hitman says ‘you should not only cross that wall, you should do so dressed as a Chef and then murder somebody with a cake’. It’s a tremendous formula, and this latest title has rediscovered just how to deliver it.

Honourable Mentions: Dark Souls 3 (the first time I’ve done one of these without making Dark Souls a main inclusion – another terrific release, but the fire is fading), Tyranny (it’s good to be bad, but it’s better to be a member of a highly bureaucratic fantasy judiciary), INSIDE (noir framing meets Cronenberg body horror, plus platforming).