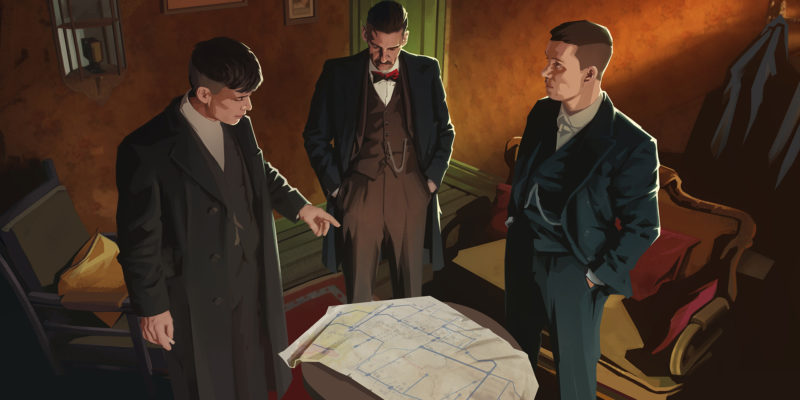 When you think of licensed games based on television or movies, Peaky Blinders is probably not one that first springs to mind. Yet here we are, with Peaky Blinders: Mastermind, announced by publisher Curve Digital and developer FuturLab for a 2020 release. The puzzle-adventure game takes place just before the first season of the early 20th century drama in Birmingham, England, and it lets players take on the role of Tommy Shelby and his notorious family.

What is Peaky Blinders: Mastermind?

Curve Digital Publishing Director Simon Byron claims Peaky Blinders: Mastermind “defies categorization. Part action, part puzzle, part adventure, but all inventive.” The game allows players to take control of base members of the Shelby family: Tommy, Arthur, John, Polly, Ada, and Finn, each of which come with their own specialties.

Peaky Blinders: Mastermind reiterates Tommy’s — the leader of the criminal family — talent for planning and scheming. As the mastermind of the organization, you take control of him and his family as they discover a plot that tries to ruin Tommy’s business.

The team behind the game has strong feelings for the show and aims to let that feeling come across in Peaky Blinders: Mastermind.

“There’s a point in the show where Tommy Shelby explains he has no concern for the past, nor the future,” explained game director James Marsden. “All he cares about is a crucial moment he recalls the soldier’s minute. We designed our game around that idea, allowing the player to plan actions backward and forward in time, choreographing an ensemble cast of characters to synchronize their actions during these crucial moments. The player gets to feel like the smart and sophisticated leader that Tommy is, so we think becoming the mastermind will resonate with fans of the show and gamers alike.”

The show’s original creators are on board

Licensed games are an iffy subject often subject to skepticism (with good reason), and publisher Curve Digital acknowledges this. They say they “worked really hard to ensure this is a game which stands within the Peaky Blinders universe,” but time will tell if they achieved that. Steven Knight, creator and writer of the show, is on board, though.

“With the launch of the Peaky Blinders: Mastermind game we are inviting you to enter that world and take part in it, live in it, and take your place beside the Shelby family as they fight for their very survival,” said Knight. “You’re going to have to be as smart as Tommy, as tough as Arthur, as ruthless as Polly. Good luck and remember, you really are a Peaky Blinder now.”

They even went so far as to get Feverist, the art-rock band that helped shape the music for the first season, to work on Peaky Blinders: Mastermind. Whether the game turns out good or bad, there’s no denying that its creators are fans and are doing their best to stay true to the nature of the show.

Peaky Blinders: Mastermind will release on Steam later this year.