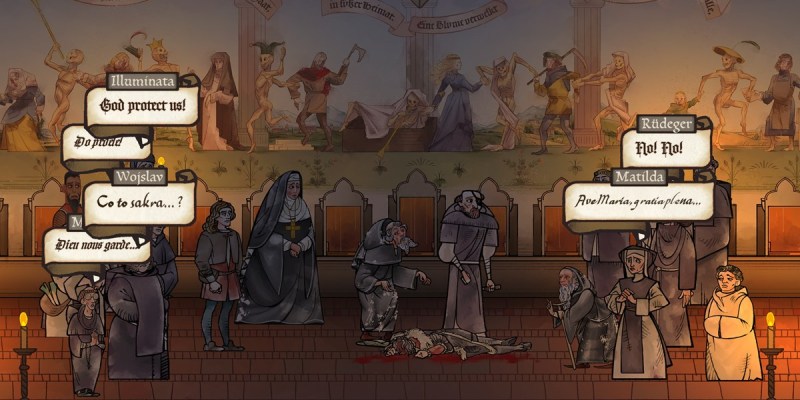 Pentiment starts out slow, then it hits you with a murder mystery that sends the town into an uproar With several suspects and possible motives, you might be wondering who’s the real culprit. Here’s our Pentiment guide to help you investigate and solve the first murder, that of Baron Lorenz of Rothvogel.

The elderly Brother Piero, Andreas’ mentor and friend, is caught holding a knife next to the corpse of the baron. Andreas can’t believe that the frail old man is capable of committing the crime. Still, there are four other persons of interest in the first murder investigation in Pentiment:

You’re told that you only have a couple of days to look for evidence. After that, you have to present your findings to the archdeacon. Due to how the daily cycle works, you might not be able to talk to everyone involved. Still, some character backgrounds (i.e., Hedonist or Occultist) might give you hints, though they’re not strictly required. 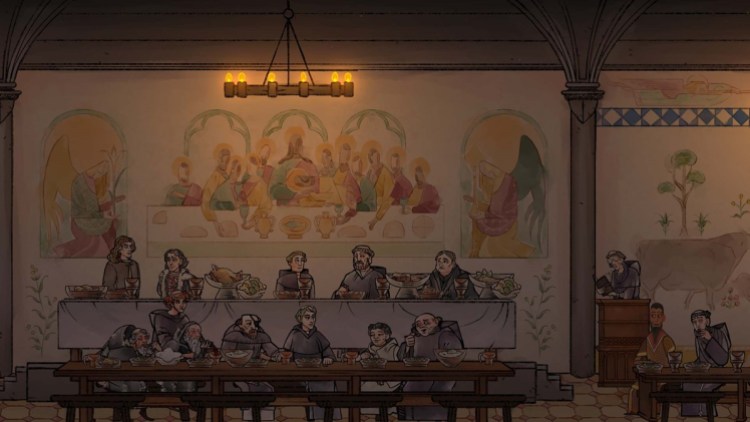 One of the priests will tell you to return to the abbey while he’s conducting an autopsy. You can learn the following: 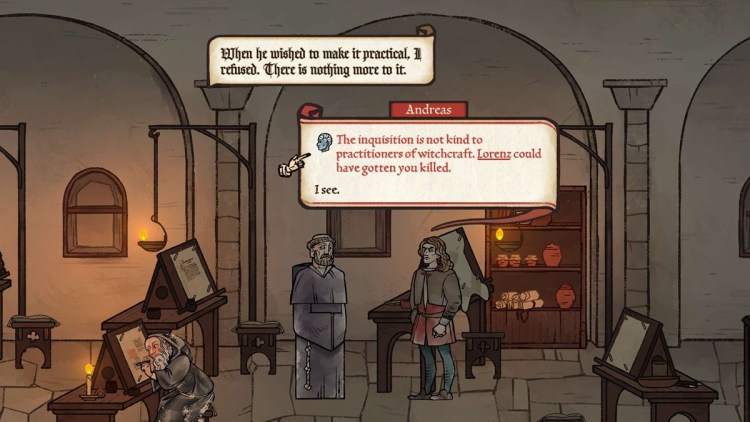 With all of the above done, it’s time to solve the murder of Baron Lorenz in Pentiment. Here’s what I did on my end:

Note: As an aside, do your best to be polite when talking to the archdeacon (i.e., state your name politely, don’t diss the nobility, don’t question the relevance of comments about nobles, and don’t interrupt if they consider Piero a suspect). You might be able to persuade the archdeacon, citing that a specific person is the killer. We weren’t successful in this regard. 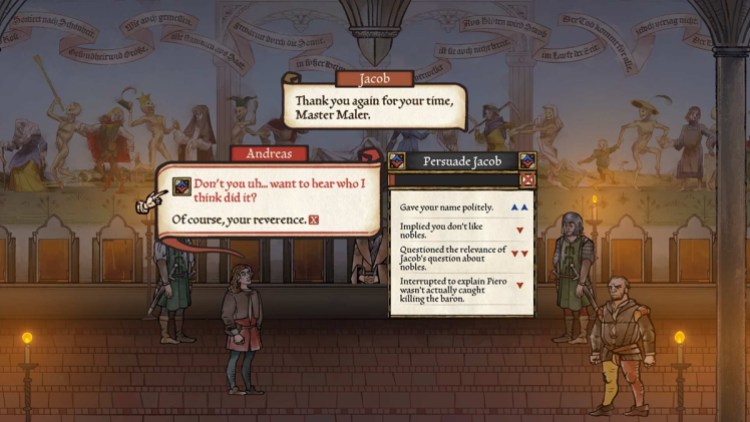 In any case, the above responses concerning the suspects resulted in the following:

In any case, this completes your investigation into the first murder in Pentiment. If you discover other outcomes, let us know. Of course, Andreas’ journey doesn’t end here. He returns several years later and, naturally, there’s yet another murder in town.