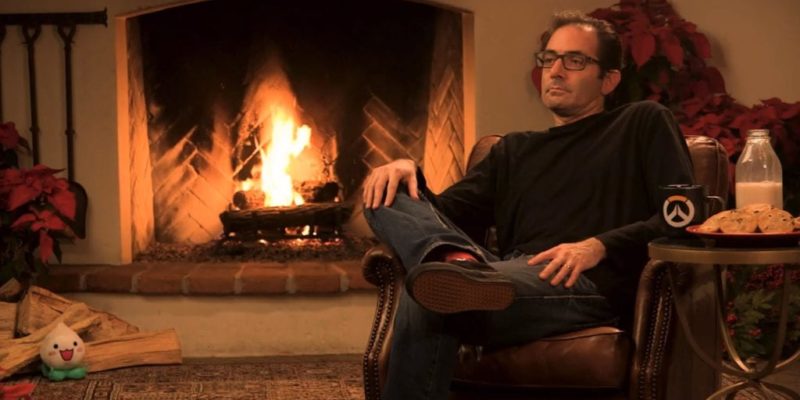 This has to be one of the strangest publicity stunts we’ve seen for some time, either that or Blizzard are seriously trolling the Overwatch community.

Overwatch lead Jeff Kaplan is literally sitting silently in front of an open fire staring into space contemplating something. This is not a still, he is actually breathing and moving. Right now he’s looking at cookies and milk pondering whether to eat or drink. It’s pretty bizarre.

Perhaps the community is waiting for him to speak, perhaps he’s waiting for Santa to drop down the chimney. Nobody knows what’s going on but it’s relatively amusing. He’s definitely AFK and should be reported.

Update: Watch the moment he was to announce the new hero.

Paragon – Everything you need to know