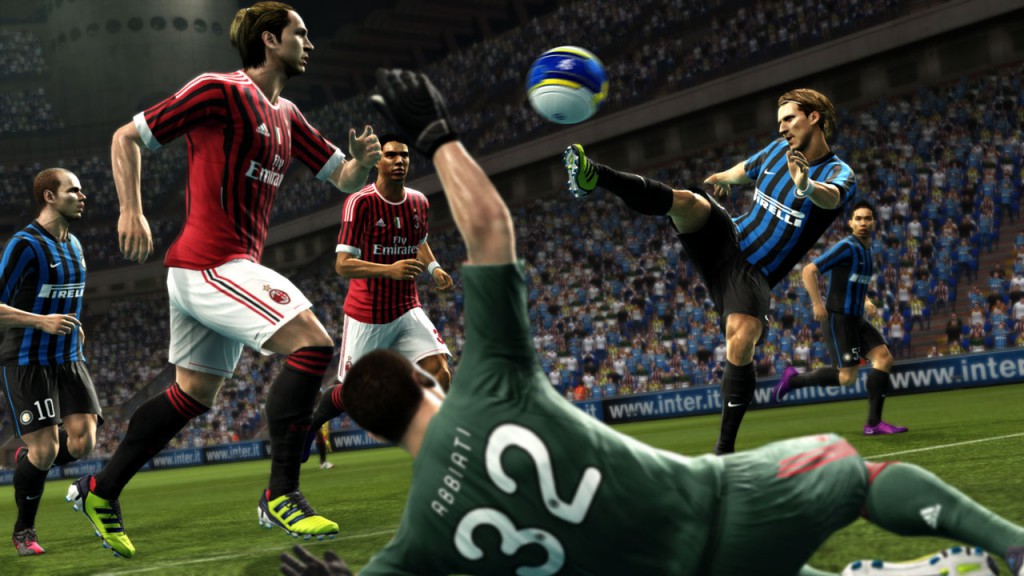 No word yet on whether PES 2014 will support Mi-LAN play.

In what seems to be a slightly unusual way of doing things, Konami has announced that PES 2014 will have various multiplayer features patched in after release. Luckily, most of it will be arriving as a ‘Day One’ update so it’s not like people will have to wait terribly long.

As long as you connect your game online in some fashion, the first multiplayer patch will add the “Friendly Match Lobby and Ranking Match” modes which Konami says will provide “sophisticated matchmaking” between players. You’ll be able to hook up your balls to the balls of an ideal gaming partner, in other words. Master League Online will return in PES 2014 too, and this patch unlocks it.

A second patch, coming “in the weeks after” launch will add the “full online suite” to the game. This means the addition of a full 11 vs. 11 mode, and PES 2014 claims to be able to match 22 similarly ranked players together for a somewhat balanced game. You’ll be seeing some “Roster updates and cosmetic improvements” in the second patch as well.

PES 2014 still doesn’t seem to actually have a concrete release date on PC. The console versions are due on 24 September, as are “digital download” versions (which may or may not refer to PC copies.) Hopefully it does.