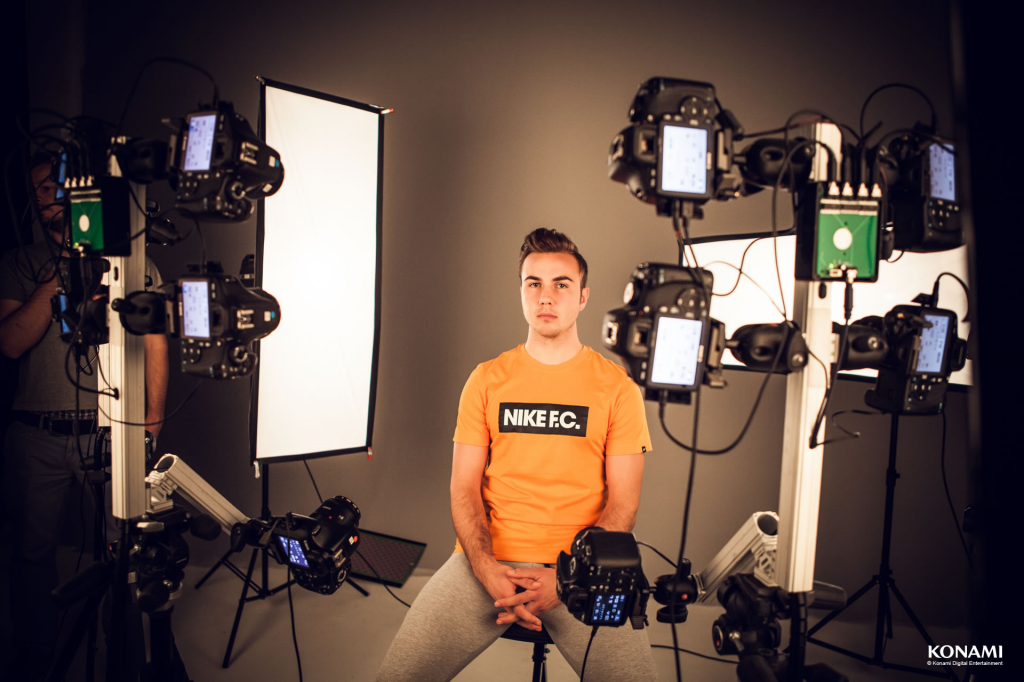 For a second there I thought he had no trousers on.

Konami has released Data Pack 2 for PES 2015, bringing with it new teams, stadiums, boots and, well, faces for 73 of the game’s players. Yes, there are even some new balls. Konami has spread news about all of the additions across about four different articles, but you can see the hub for them here.

Mario Goetze and 72 of his footballing chums (including José Callejón, Aaron Ramsey, and Karim Bellarabi, Luke Shaw, Iker Muniain and Rúben Neves) have been given PES 2015 surgery. Konami offers some thanks to the PES 2015 community for their suggestions about who should receive a brand new look.

Data Pack 2 also adds four new teams: FC Basel 1893, FC Bate Borisov, NK Maribor and Be?ikta? Istanbul. Each of these is said to be fully licensed, with current player names, shirts and all that. You can see which other new boots, balls and kits have been added at this link.

Finally (I think,) Konami has added some new online and offline competitions for myClub. The online competitions will “only be available for a certain time and give you the chance to take part in an online tournament or compete with other myPES players.” Meanwhile, the offline version allows you to take on AI controlled teams who will match the strength of your own players.

If the Data Pack 2 update is causing problems on your PC, then the Steam forums have a couple of suggested fixes to attempt. I can’t really vouch for them, as I don’t own the game.