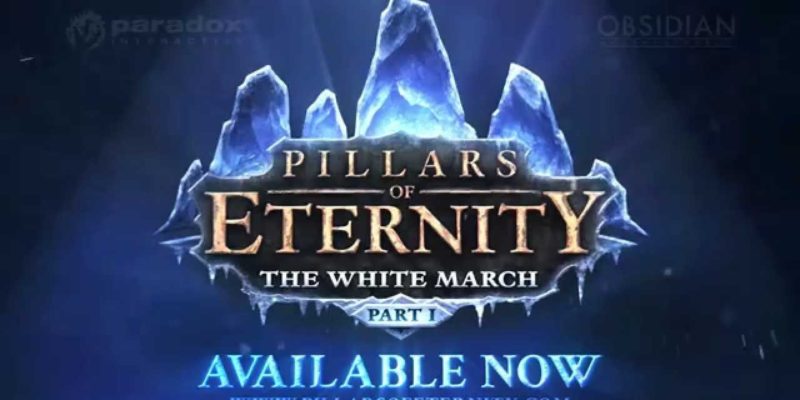 The first part of Pillars of Eternity’s ‘White March’ expansion has been released today, inviting your adventuring party to venture inside Durgan’s Battery.

This imposing fortress has befallen mysterious misfortune, and the dwarves who used to forge weaponry there appear to have been wiped out. According to the new trailer (below), your chaps will also be visiting Stalwart Village and a place called Russetwood.

This expansion also gives Pillars of Eternity characters a higher level cap (from 12 to 14), adds new abilities, new ‘Soulbound’ weapons, and introduces a pair of new party members; a rogue and a monk.

The release of The White March (Part 1) coincides with Patch 2.0 for the game as a whole. This introduces a number of new changes and features which can be enjoyed by everybody (not just those who own the expansion). A full set of 2.0 patch notes can be read here, with the main additions listed below.

I’ll be having a look at the White March, so you can expect a PC Invasion review in the next few days.

By Ben Kerry12 mins ago
Industry