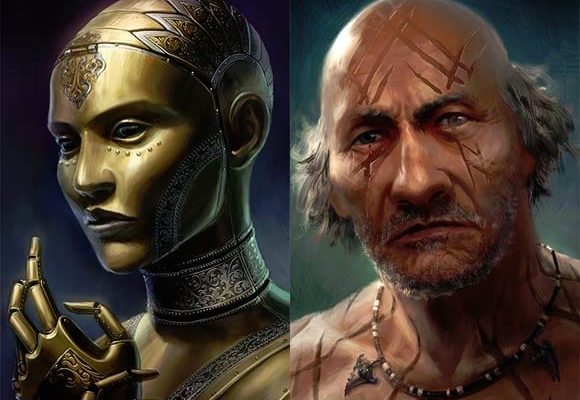 Obsidian has put together a text and video combo in a new Kickstarter update, explaining some things about the upcoming White March expansion and accompanying 2.0 game update.

Regardless of whether somebody purchases the expansion, they’ll still get the 2.0 patch. The video below contains a neat summary of the major changes this will bring to Pillars of Eternity, which include various options for Party AI. If you want to leave some of your party members on auto-pilot, you can now do so (each class will have different ‘stance’ type options, and can optionally be told to use per-rest abilities.)

Naturally, you don’t have to use the AI if you don’t want to. Spell range demarcation and ‘chance to hit’ indicators will be other optional features in 2.0 (along with the usual set of bug fixes and so on.)

The same update post has some information about the two new companion characters who will be added in the White March expansion. You will actually need to buy the expansion to be able to recruit these two (pictured at the top of this page.)

The first (written by Eric Fenstermaker) is a Monk named Zahua. He’s from the Northern Ixamitl Plains, and a member of the ‘Nalpazca’; a strict order of warrior-monks. More than that, he’s described as “greatest living practitioner” of Nalpazca beliefs. You’ll meet him in part one of the White March, and in part two his vision quest will “come into focus.”

Your other new companion (written by Carrie Patel) will be a Rogue known as ‘The Devil of Caroc.’ She’s the soul of convicted murdered inhabiting the body of a bronze golem. Unlikely company, to say the least. A one-time collaborator with the Readceran troops during the Saint’s War, The Devil had her village burned down by a vengeful mob.

As previously announced, the White March expansion for Pillars of Eternity will be released in two parts. Obsidian say the release date for part one will be revealed “soon” and that part one is “not in the far future.”