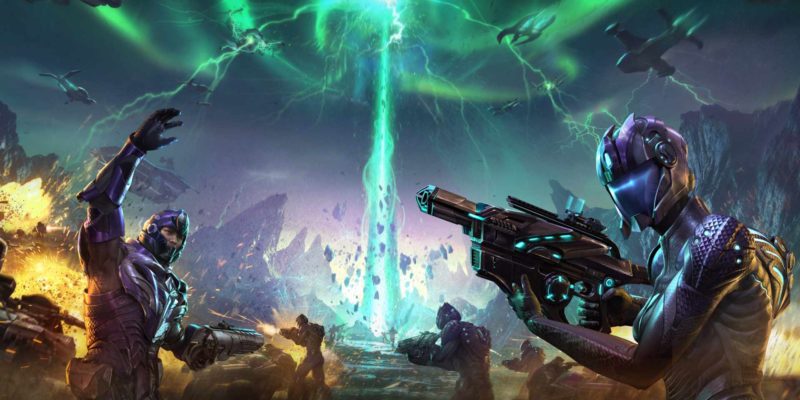 When PlanetSide 2 launched in 2012, it helped define the first-person shooter MMORPG genre. Its large scale online battles featured hundreds of players fighting with sci-fi weapons and vehicles to use. Although much has happened in the industry as a whole during PlanetSide 2‘s near eight years of operation, it continues to stand out as a unique combat experience. Now, Rogue Planet Games, the franchise developer established when Daybreak Games split into multiple studios, is taking the experience to a new level with the announcement of PlanetSide 2: The Shattered Warpgate update.

“There are a lot of shooters out there, but nothing compares to PlanetSide 2 when it comes to scale, team combat, and combined arms gameplay with infantry, aircraft, and ground vehicle options,” said Executive Producer and Rogue Planet Games Studio Head Andrew Sites, who spoke to PC Invasion alongside Lead Game Designer Michael Henderson. 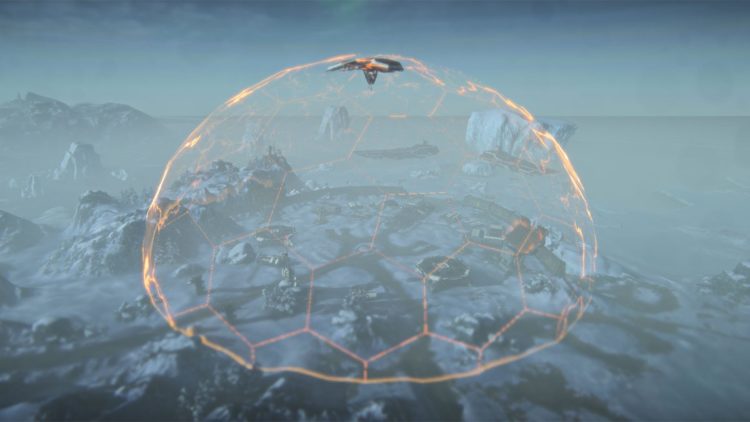 Sikes explained that splitting off into an independent studio allowed Rogue Planet to strengthen its team size and work on shaking up PlanetSide 2’s gameplay with new features every four to six weeks and a major update launching roughly every six months. For instance, the previous major update, Escalation, helped to draw back former players with a focus on Outfits (guilds). PlanetSide 2: The Shattered Warpgate takes things in a decidedly different direction with a stronger focus on the game’s lore and casual players.

This emphasis on lore and the “RPG” side of the MMORPG pushes into new territory for the game, which previously focused almost exclusively on setting up massive scale battles with huge explosions. However, it turns out the two elements complement each other.

Blowing up the warpgate

The developers have been planting clues about what’s about to occur on Esamir, PlanetSide 2’s second-oldest continent, across social media and with in-game events such as sparks coming from the warpgate’s shields. There have also been newscasts talking about strange weather events. 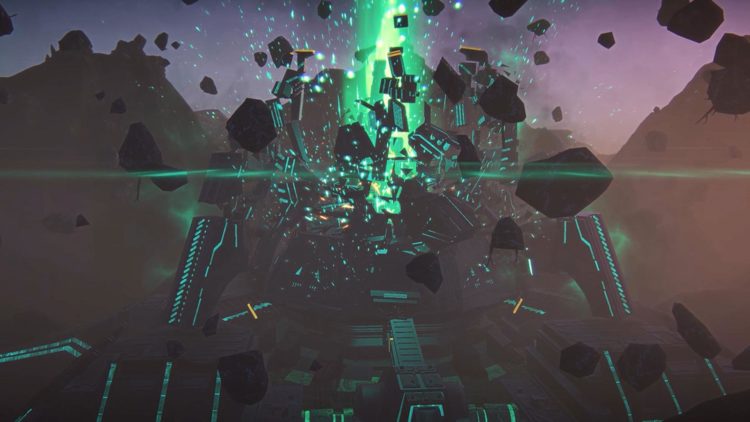 If you couldn’t tell from the title, The Shattered Warpgate starts with a warpgate—one of the game’s designated safe zones—exploding, causing mass devastation across the northeast section of the continent. Not even the terraforming nanites can repair the damage, leading to bases being abandoned due to losses of power or because they’re cut off by the encroaching snow. A makeshift warpgate is established elsewhere, underscoring how impactful the shift in the landscape is. This is the first time a continent has experienced this kind of long-term change and it represents a major step in PlanetSide 2’s evolution.

According to Henderson, Esamir was selected because it has the worst flow compared to other continents. Fights almost always turn out the same way, there’s too much flat terrain, there isn’t enough space between the northeastern and northwestern warpgates, and players generally aren’t interested in many of the bases. Those problems are being addressed in a big way with the update, with better spacing between bases and more symmetrical Lattice Links that allow players to attack and defend with an improved battle flow.

The destroyed warpgate will become an explorable ruin, as will the abandoned bases. Players can choose to explore these areas and fight to reclaim lost equipment and vehicles. Additionally, the devastated area has new secrets to uncover, including strange green energy geysers bursting up from the planet’s depths and reshaping the fauna. Players will pick up clues about its origins, which are tied to ancient technologies, and learn ways to take advantage of it.

Although Henderson and Sites tend to use “campaign” in military terms, it also fits neatly into a story context. Players won’t necessarily have a comparable experience to a single-player RPG, but the campaign has a distinct focus on PlanetSide 2 lore and is divided into three month-long chapters. Henderson explained that the first chapter of the campaign will deal with struggle and adaptation. Likewise, subsequent chapters will deal with overcoming and moving forward through new knowledge and technology. 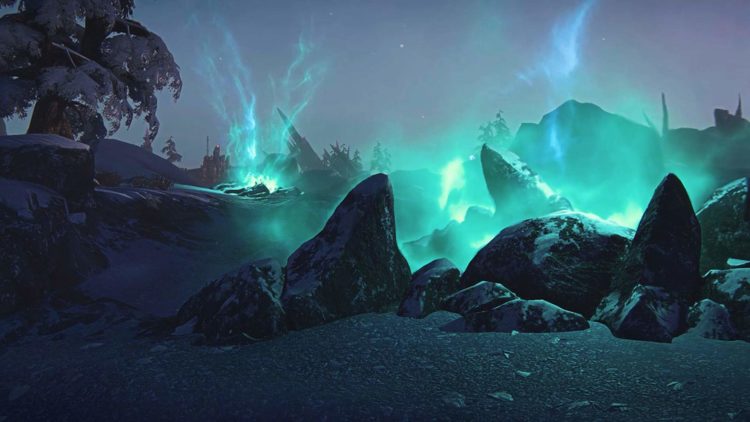 Each chapter is designed so that casual players can finish playing a chapter within a few days, but experienced players may be able to speed through them. Completing a chapter earns rewards with bonuses for finishing all three. They include a Storm Chaser helmet, a pickaxe, banners, and more. Cosmetic items are typically difficult for free-to-play audiences to earn through gameplay, so these rewards may be a welcome change. Premium members can join the campaign immediately, while free players must spend a soft currency called Certificate Points (Certs) to participate.

However, players must keep in mind that once a chapter reaches its end date, it’s gone forever, and everyone must move on to the next one.

“If you miss it [the chapter], then it’s on to the next chapter, because we are evolving the story and the world. Everybody plays together,” said Henderson, who compares the campaign to a limited-time holiday event.

The twist comes from game’s mechanics, meaning that Esamir won’t be accessible at certain times. There are also missions that have prerequisites such as controlling a tech facility. Then there are community missions, including one where players fight over an orbital drill that falls to the surface. As with many aspects of PlanetSide 2, players much battle in order to progress.

Another element that PlanetSide 2: The Shattered Warpgate brings is a giant storm that roams the continent. It shoots destructive bolts of lightning towards pretty much anything with a shield, which includes both infantry and vehicles, forcing many to seek shelter when it arrives. That isn’t always a simple prospect since indoor spaces tend to be heavily defended. 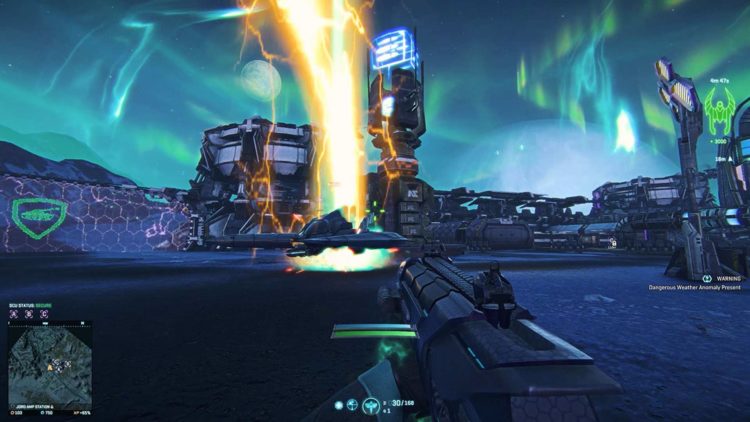 Getting struck by lighting causes extreme damage and instant death.

Henderson said that the storm is drawn to conflicts with the most players, so it’s arrival can drastically change the shape of a battle. He also admitted that some players might have a hard time dealing with the storm at first, but he hopes that they’ll grow to like it as they gain tools to deal with its effects. These include gear such as insulated armor plating to mitigate the damage and a giant lightning rod called the Lightning Arrester to create safe areas. Eventually, these devastating bolts can be harnessed using lightning grenades and vehicles that convert the energy into thruster power.

The storm won’t always be on the map, and it does eventually dissipate. It’s also big enough to be seen from a distance and moves at a relatively slow pace, giving players time to prepare for it. Depending on how well players take to it, the storm could additional weather implementations on other continents.

If you choose to accept this mission…

In addition to the campaign, PlanetSide 2: The Shattered Warpgate will also include a series of challenge missions that support various play styles, including offense and support. These missions rotate daily, and players can select the ones that interest them most. For instance, the one shown during the gameplay presentation was a straightforward courier mission that could be completed in a relatively short time.

These missions are designed to appeal to both casual and new players by providing them with something to do every time they log into the game. In typical play sessions, players drop into the world and have to figure out what to do. However, PlanetSide 2 has very few win conditions and nothing really lasts. The continents rotate over time and the balance of power continually resets. 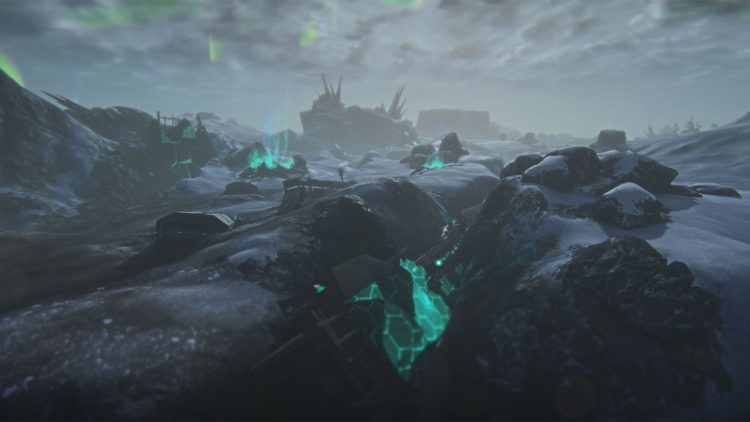 “With the mission system, we’re trying to create tangible goals,” Henderson explained. Much like a single-player role-playing game, players are motivated to perform tasks and receive rewards, which may help new players become better acclimated to the game’s otherwise complex rules and mechanics.

Players can only accept a set number of missions per day, with premium members able to take on more daily challenges than free players. However, new players are automatically loaded up with equipment and non-members can purchase gear using Certs, so they won’t be left behind in the action. Despite the focus on lore and casual gameplay, Henderson believes that the massive battles will impress new players the most. Given how Esamir supports up to 1,200 concurrent players, that might be the case.

“The biggest draw for new players is the spectacle,” he said. “No other game allows you to participate in a war of this scale.”

The Shattered Warpgate update for PlanetSide 2 is coming to the Public Test Server soon, with a live release expected sometime in September.

By Jason Rodriguez5 days ago
Interviews