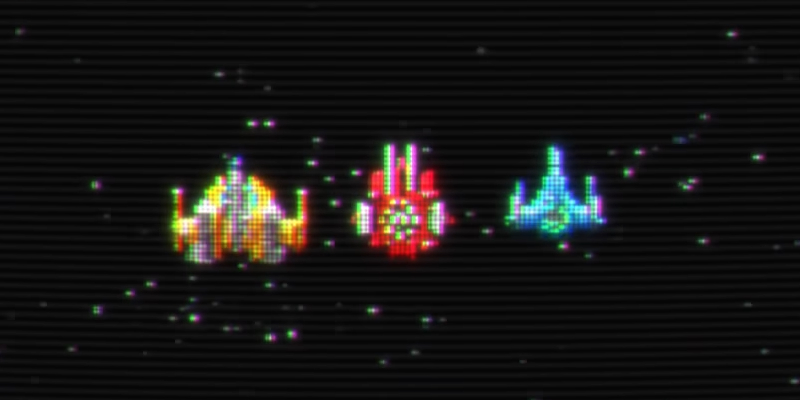 It was disappointing to see Sol Cresta delayed last November. The retro-inspired shoot-em-up was supposed to launch in December but was delayed to account for a change in scope. However, it turns out that the delay was not as significant as some feared. Developer PlatinumGames has confirmed that the release date of Sol Cresta will be February 22.

This was announced during a two-hour live stream on the official PlatinumGames YouTube channel. In addition to announcing when it would release, the developer also showcased some key art, posters, and a series of special messages from various developers. That includes PlatinumGames president Atsushi Inaba, composer Yuzo Koshiro and even a cameo from Drakengard creator Yoko Taro.

PlatinumGames must be confident, as it has not chosen an easy release window. Some games leading up to the February release date of Sol Cresta include Elden Ring, Dying Light 2 Stay Human, and The King of Fighters XV. And that’s just the PC market. With Pokemon Legends: Arceus coming to Switch and Horizon Forbidden West to PlayStation it’s not as though the major consoles are lacking upcoming titles either.

Sol Cresta was first revealed as an April Fools’ Day joke. The Japanese developer built up huge hype around the Platinum4 announcement that was vague enough to have everyone guessing. Some gamers were praying for Bayonetta 3 details while others considered the prospects of a Metal Gear Rising: Revengeance sequel.

However, what we actually got was Sol Cresta, the sequel of Terra Cresta, a vertical shooter from 1985, which in itself was a sequel to the similar Moon Cresta released in 1980. I doubt many people saw that coming. Regardless, despite starting as a joke, it was later confirmed to be real.

It’s an odd idea, but there is still a lot to be excited about. The trailers so far have shown off some fun-looking gameplay, taking the classic space shooter recipe and giving it a contemporary touch. It should be interesting to see what modern gamers think about such a fundamentally retro-inspired title.