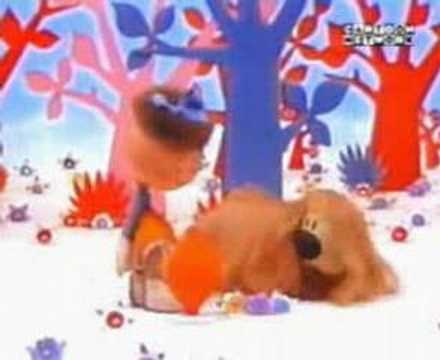 Coming later in the fourth quarter, Deep Silver has announced that the infamous children’s show will be coming to the Nintendo Wii, DS and PC.

We’ll see all the cast that we loved and a whole new story will be written specifically for the game.  If you managed to see the film that was released in 2005, don’t worry, Robbie Williams won’t be playing ANY part in the new installment.

The story will follow Dougal on a quest for Zebedee in the hope that he’ll get a valuable gift as a result.  We reckon it’ll be the gift of life long friendship, but we could be wrong.

The different platforms will utilise their respective control systems.  The Wii will see you waggle, the DS will see you blow and the PC will, well, see you push some keys or move your mouse…

Koch Media head man, Dr. Kiemens Kundratitz: “With its charm and diversity, the game does justice to the popular series on which it is based on every platform.”

If you’ve never seen the original, we suggest you have a gander.  It’s awesome!