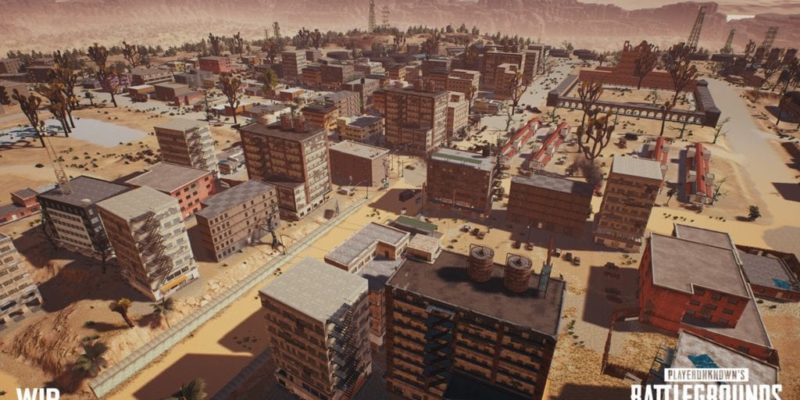 A new desert map for PlayerUnknown’s Battlegrounds has been revealed by Brendan “PlayerUnknown” Greene at Gamescom.

This new map features a city in what can best be described as a harsh landscape with a city that looks extremely run-down. With plenty of streets and high buildings, this could be a complete nightmare. Surrounding the city there’s also steep rocky cliffs and sparse vegetation. Finding a safe spot to hide could be tricky.

PlayerUnknown’s Battlegrounds is still selling like hotcakes with more than 8 million sold so far. It’s proving quite a hit.