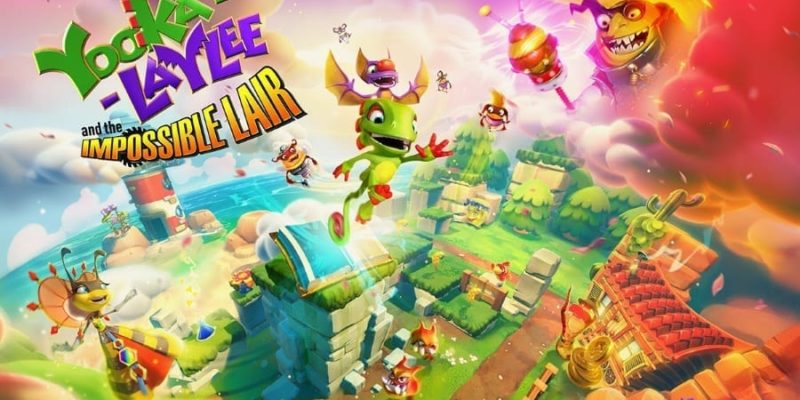 The original announcement for Yooka-Laylee managed to garner the attention of many retro fans, and rightfully so. Playtonic, the game’s developer, consists of original developers who worked on titles like Banjo-Kazooie and Donkey Kong Country. The team heavily relied on Kickstarter in order to get the lift it needed to complete the project. Today, Playtonic revealed the next installment in the franchise, that being Yooka-Laylee and the Impossible Lair.

It looks like the team at Playtonic is taking a slightly different approach this time around. From the announcement trailer (see below) you’ll notice that Yooka and Laylee must now use their powers and abilities in a 2D platformer space. 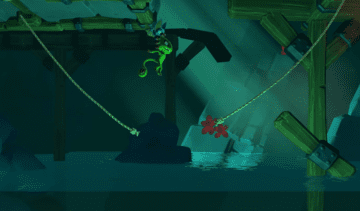 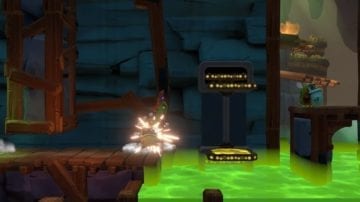 The gameplay itself is very reminiscent of the original Donkey Kong Country titles seen on the Super Nintendo. You can see those similarities in the platforming and rope swinging shown. Let’s just hope there aren’t any brutal mine cart levels in the foreseeable future.

The release for the game does detail that there are 2.5D elements, something that can also be seen in the trailer.

The trailer wasn’t the only part of the reveal. Playtonic has also detailed some of the story that will take place. It looks like Capital B will make a return as the villain. Yooka and Laylee must “rescue Queen Phoebee’s Royal Beettalion Guard from each level” while taking on their dastardly foe.

Yooka-Laylee and the Impossible Lair is planned for release sometime in 2019. It will release on PC, PlayStation 4, Xbox One, and Nintendo Switch.

It’s unknown at this point if Playtonic and Team17, the game’s publisher, will make an attempt to bring the project to a release on Google Stadia and join the host of other developers who’ve already announced their partnership. In the press release, there are promises of more information to come during the Electronic Entertainment Expo (E3).

Come listen to Rammstein in this Destroy All Humans! remake trailer