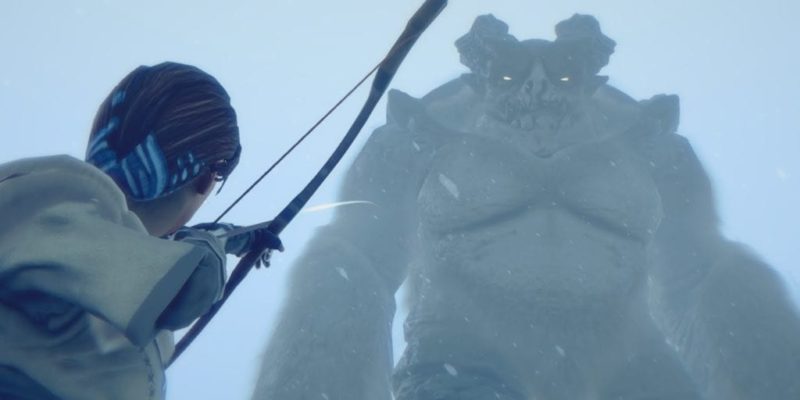 If Prey for the Gods looks at all familiar, it’s probably because it had a reveal trailer back in late 2015. The game has resurfaced, this time with a Kickstarter looking for $300,000 USD in order to continue development on the project.

The trio behind No Matter Studios have been working on Prey for the Gods since 2014, and Director Brian Parnell has games like Titan Quest, Natural Selection 2 and Grim Dawn on his CV. As you’ll be able to tell from the trailer (below), there’s a heavy Shadow of the Colossus influence, as well as (it looks to me) a bit of things like Dragon’s Dogma.

It’ll be up to you to discover each giant’s weak points, and up to you to figure out a strategy to exploit them. Combat is intended to be “fast-paced [and] brutal” with attacking, climbing, and dodging being your key tools. Equipment (like arrows) is finite, and weapons can break.

There will also be a survival aspect to the game, as the weather can be treacherous; and straying too far without shelter can expose you to cold, hunger and exhaustion.

Evolve no longer on sale on Steam ahead of announcement