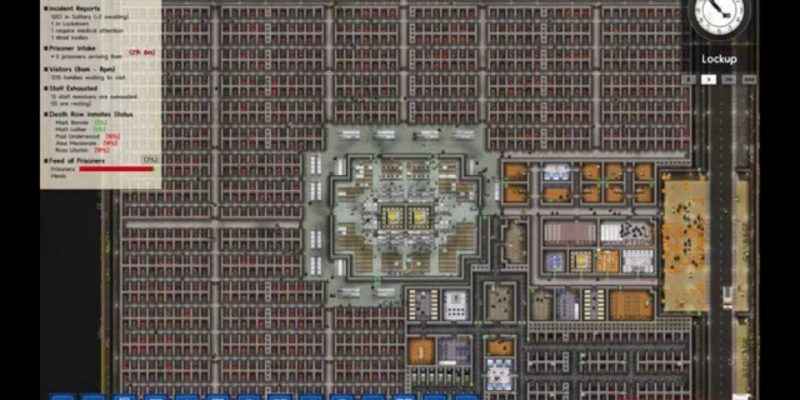 Alpha 32 of Prison Architect is out now, and… it fixes lots of bugs.

To quote designer Chris Delay in the update video: “Welcome to another video where we have fuck all to talk about.” And yet, somehow, they managed to draw it out to 30 minutes. That’s dedication for you.

This does mean I don’t have too much to write here, though, because (as they note in the video) “This bad thing used to happen and doesn’t happen anymore” doesn’t really fit a video very well. I’ve skimmed through the video and there’s a look at the fictional world’s most draconian prison, some talk about Star Wars, and… um. Well, it seems like it’s about as entertaining as ever, anyway! Just without the actual discussion of new game features.

In an attempt to make it noteworthy, the mail mentions that not only have 130 bugs been quashed, but Prison Architect itself will be freed from the Early Access prison in Q4 2015.

You can see the video below. It’s entertaining, but don’t expect much in the way of HOT NEW DETAILS.