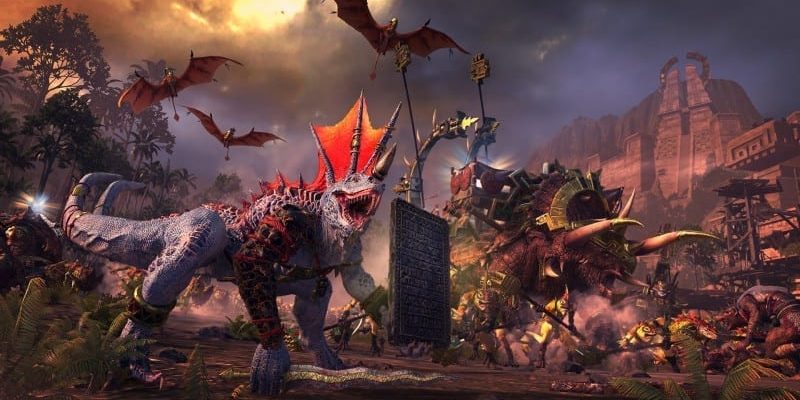 Total War: Warhammer 2 is ripping and roaring with its ripperdactyls via the addition of the Prophet and Warlock DLC. This is the first major content offering for the game since November 2018’s Curse of the Vampire Coast. This DLC, though, doesn’t expand the game too drastically, instead just adding a couple of legendary lords — Ikit Claw of the Skaven and Tehenhauin of the Lizardmen. Another Lizardmen leader, Tiktaq’to, was also released for free, and the Bretonnians even had some reworks as part of the Doomsayer update. 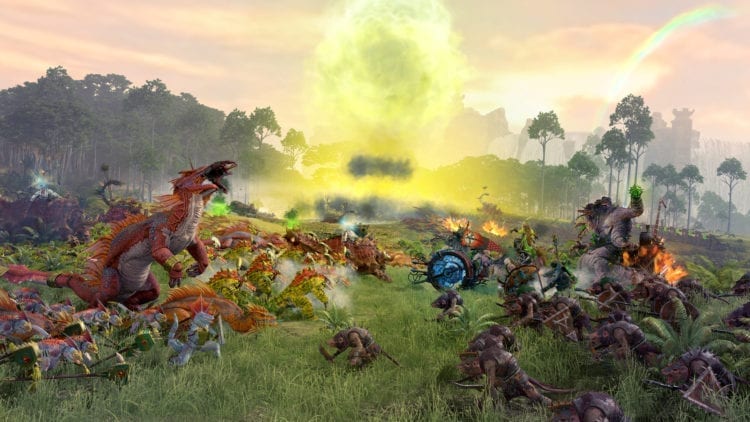 The Prophet And The Warlock

Taking center stage for this Lords pack DLC is Tehenhauin and Ikit Claw — the Prophet of Sotek and the Chief Warlock Engineer of Clan Skryre, respectively. Both lords start in the jungles of Lustria, and they will eventually come to blows as they expand.

The only new campaign I’ve played so far was Ikit Claw’s and it’s amazing. Ikit Claw has control of Clan Skryre’s Forbidden Workshop, allowing you to upgrade new units like Warplock Jezzails, Ratling Gunners, and Doom Flayers. He can also make Warpstorm Doomrockets which are basically tactical nukes. Drop one on the battlefield and you’ll see entire stacks get wiped out by an explosion.

Even better, all Skaven can place under-cities in settlements hoping opponents don’t notice them scurrying about. What makes Ikit Claw a clear winner compared to the other thaggoraki is that he can use the under-city to place a Doomsphere, an actual nuke that can level the settlement no matter how well-defended it is. 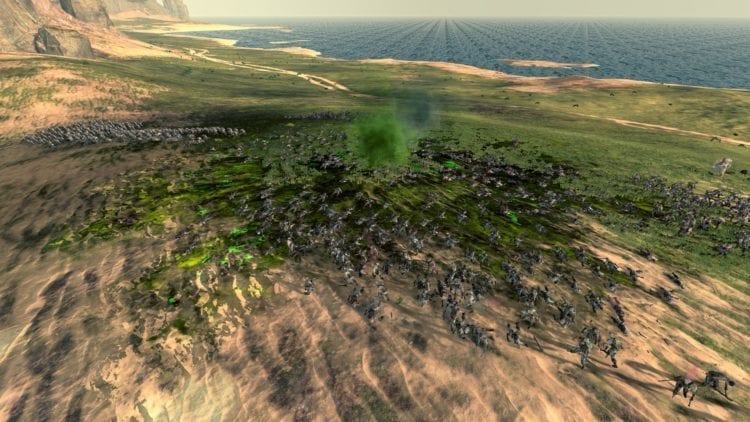 Not to be outdone, Tehenhauin can invoke the wrath of Sotek, the Serpent God, by sacrificing defeated opponents. This will allow an avatar of Sotek to lay waste to your foes. Early impressions from various players who’ve tried using the blessed Skink lord seem to suggest that his campaign is extremely challenging.

Tiktaq’to, meanwhile, is a free legendary lord. The terradon-riding, jet-flying, Skink boy (obligatory: Wooooo!) provides bonuses for Skink heroes and flying dinosaur units. Tehenhauin, Tiktaq’to, and the two other Lizardmen lords (Mazdamundi and Kroq-Gar) will be able to summon Lord Kroak, the greatest Slann in the Warhammer Fantasy Battles world.

If rodents and reptiles aren’t your thing, then you could just play as Bretonnia. The Doomsayer update, released as part of the Prophet and Warlock DLC has made a few tweaks to the Bretonnian faction. A major change is the new Vows and Troths system. Lords can pledge to different gods or beliefs, providing buffs as long as you can complete certain conditions. 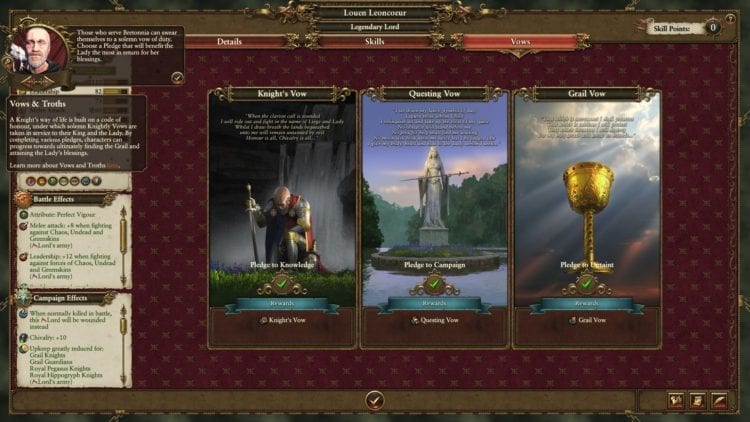 By the Lady! It’s a rework!

Total War: Warhammer 2’s Prophet and Warlock DLC can be purchased via its Steam store page for $8.99. Tiktaq’to has a separate store page where you can obtain him for free. All the other free reworks and tweaks from the Doomsayer update are automatically downloaded by the launcher. You can also check out the full patch notes here.

We’ll have a feature up later today. We just need to kill-slay a few more man-things, yes-yes!

Total War: Warhammer 2 – Playing As Ikit Claw Is A Blast!