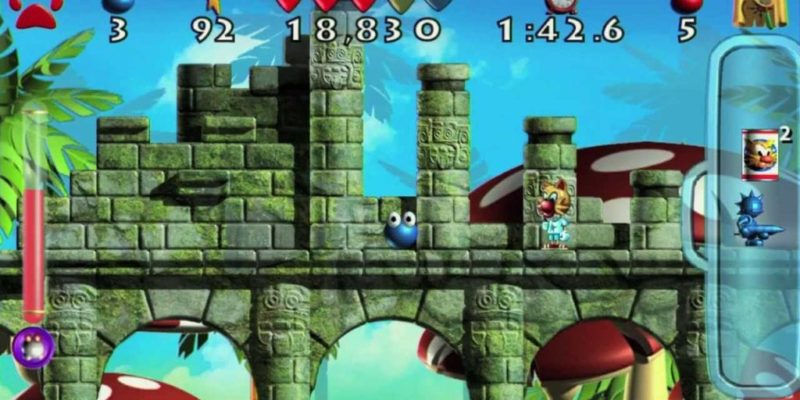 Imagine my delight when I learned that System 3’s long-lost Amiga title Putty Squad (which did see the light of day on the SNES at least,) would be making its return to modern-day platforms. Alas, the dastardly Windows 8 logo at the end of the teaser trailer suggests most PC owners still won’t be able to play it.

Putty Squad is the 1994 platforming follow-up to 1992’s Putty, starring an amorphous blue blob. In the sequel, he’s teaming up with Dweezil the Cat and DJ Uncle Ted to help rescue some POWs for … reasons I can’t actually remember. What I do recall is playing the Amiga Power coverdisk demo an awful lot. Then being sad when the game never appeared for sale.

Since I’m not touching Windows 8, I’ll not be playing this re-release either; but at least more people will now be able to experience the game. It’ll be getting a console release too, so there’s always that option.

Got, got, not got: Steam introduces trading cards to its beta client