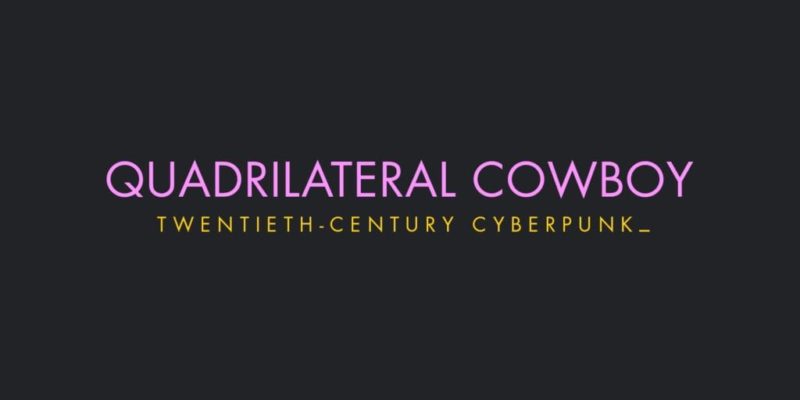 Quadrilateral Cowboy, Blendo Games’ first title since the 2012 narrative piece Thirty Flights of Loving, is now available on PC. It’s a first-person puzzle-like title, in which you are a 1980s hacker kitted out with a mighty 56.6k modem.

Unless things have changed substantially since earlier versions (which is possible), you’ll also be controlling various ‘agents’ with individual powers (the ability to saw through doors, or move rapidly through levels) in order to liberate the information or data you require. Quadrilateral Cowboy apparently takes place in the same universe as Gravity Bone and Thirty Flights, and shares a similar cubist look.

As the hacker (and, again, I’m going from 2013 preview information here so this might be slightly different now), you’ll be typing rudimentary code to shut down security cameras and the like. Here’s the launch trailer, which may or may not shed more light on things.