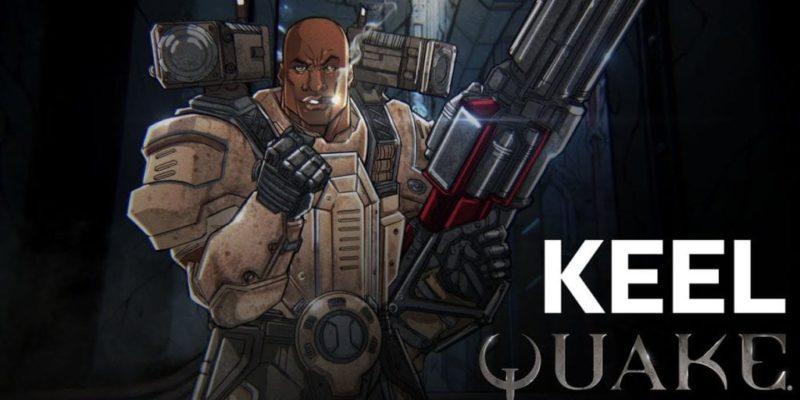 Quake Champions is getting an update on 14 December which adds a new playable character, new map, and festive cheer. Keel is returning, brought back to fighting health after his efforts in Quake 3 Arena and Quake Live.

Those who own the full ‘champions pack’ version of Quake Champions will get him for free. Everybody else can purchase him using ‘platinum’ in the store. Keel has a Grenade Swarm active ability, which is exactly what it sounds like. His Stockpile passive reduces the cooldown on Grenade Swarm every time he picks up some ammo. You can see Keel’s trailer, below.

The new map is for Dual Mode, and is called Vale of Pnath. It’s a “a wickedly vertical shrine to the Elder God Ithagnal built atop treacherous acid-filled caverns.” Delightful. This map is free to all players.

Quake Champions will have “festive weapon shaders” and holiday hat vanity items for a limited period (over Christmas, one would imagine). A couple of maps are getting a seasonal makeover too; Burial Chamber and Corrupted Keep.

Along with all this, the game will add ranked matches and leaderboards with the 14 December patch. Plus, crosshair customisation will be included too. You’ll have 40 different options to choose from and a slider to get the colour just right.

One Piece: World Seeker announced for PC, coming in 2018

Conan Exiles gets a final release date and Collector’s Edition

By A.K Rahming36 mins ago
News