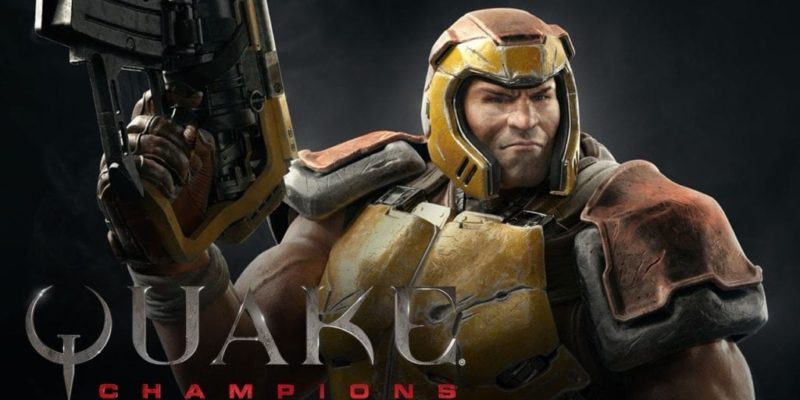 The latest character trailer and skill summary from Quake Champions deal with a familiar face. I’ll be honest, I forgot that “guy from Quake” had a name; but he does, and it’s Ranger.

Ranger’s perfectly at home turning fellow arena-dwellers into a fine red mist. He might have some damaging psychological after-effects later in life, but those don’t seem to have kicked in just yet. Here’s his starting stats.

He’s also carrying the Dire Orb from Quake and a lifetime of expertise in rocket jumping. These translate as the following skills.

Active Ability – Dire Orb: Ranger battled waves upon waves of Death Knights and Shamblers to get the Dire Orb. It was worth keeping. Now he uses it to teleport around the Arenas, reaching ledges, dodging rockets, and telefragging unsuspecting enemies dumb enough to stand in his way. The Dire Orb also does damage when it hits an enemy and, if left unused, it will explode damaging foes in the immediate area.

Passive Ability – Son of a Gun: Ranger’s a veteran – he’s knows all the tricks of the Arenas. His Son of a Gun passive ability reduces the amount of self-damage he takes by 25%, meaning he can Rocket Jump with less penalty to get the drop on unsuspecting foes.

Closed beta sign-ups are still being taken for Quake Champions. That beta will be expanding soon, so if you want to put your name in the hat for that, head over here. Here’s Ranger’s trailer.