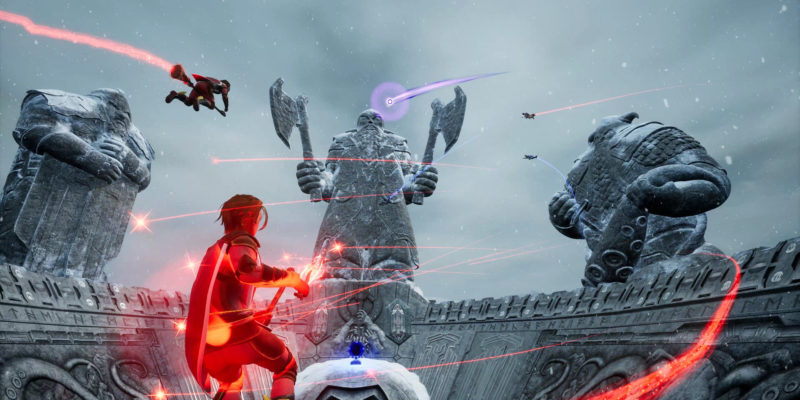 Witches and warlocks, dust off your brooms because Broomstick League has a release date. The latest magical pastime is landing on Steam on March 5. Broomstick League is a simplified version of Harry Potter’s Quidditch with strong flavors of Rocket League thrown into the mix. It’s a wonderful combination if you ask me because Rocket League is chaotic and fun, while Quidditch looks like it would be awesome to play – the magical wizard version, not the one you sometimes see in parks.

There’s a closed beta taking place this weekend. If you hurry over to the game’s official site you might still be able to sign up and get in. Otherwise, there may be a few more tests in the coming weeks. There’s still a month to go before launch after all.

Blue Isle Studios announced the release date for Broomstick League onto Steam with a new video. It shows off some more cinematic gameplay and already has me imagining unique broom cosmetics and goal celebrations.

Take to the skies

The mechanics of Broomstick League are simple. You can play 1v1, 2v2, or 3v3 matches at home or online. The point of the game is to get a magical orb into your opponent’s goal while ensuring it doesn’t go into yours. To assist in your endeavor, you have a magic wand to blast your opponents with and a blink spell to help you dodge and reposition. You also have your trusty broomstick, which has some mechanics you’ll need to master, like diving to pick up speed and stay out of reach of your opponents.

Simple enough. But so is strapping a rocket to the back of a car and having you chase a giant ball around an arena. But as Rocket League has proven, the best players can turn simple mechanics into breathtaking plays.

Broomstick League will have a range of character customization options. You’ll be able to personalize your witch or warlock with unique broomsticks, wands, taunts, and dance moves. Hopefully, there will also be some different outfits.

You can’t preorder Broomstick League yet, but you can add it to your Steam wishlist in anticipation of its March 5 release date.

By Cristian Aguilar13 mins ago
News