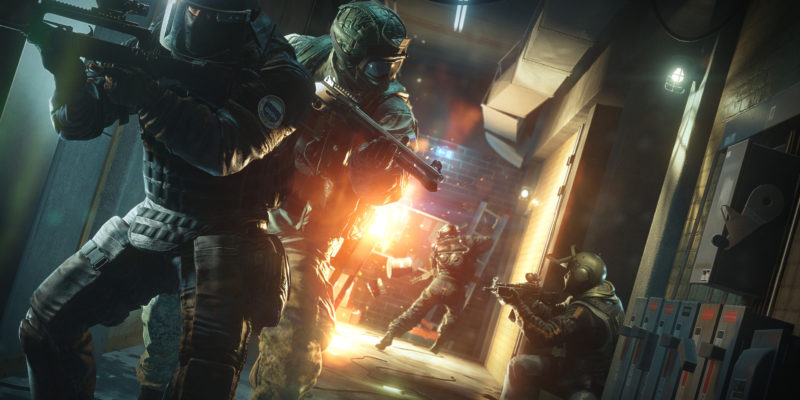 It seems that seasonal content is all the rage these days, and Halloween 2020 is sizing up to be particularly crowded in the gaming market. Today, a substantial bit of information leaked for the Rainbow Six Siege Halloween event. We learned the name of the event along with info on a new map and the limited-time mode to go with it. There should be an official reveal coming tomorrow on October 22.

Ubisoft is apparently calling this year’s event (operation) Sugar Fright. It will add a new map and limited-time game mode to Rainbow Six Siege in celebration of Halloween. The leak comes view @u/Zer0Bytes on Reddit who posted what appears to be an authentic promotional image and rough gameplay of the coming map. The posted content depicts a candy-crowded urban map with plenty of bright colors and cover to navigate. It all looks a bit odd to say the least, but we will just have to wait for the official reveal before we can comment more.

As for the game mode, it’s described as a spin on team deathmatch. Two teams of five will square off as the ‘treaters’ and the ‘tricksters.’ It’s basically just a race to 50 kills points, which are earned by picking up dropped ‘sweets’ from dead enemies. Respawns are on, so it should make for some casual fun. It doesn’t sound like anything too special, but there’s likely to be some earnable content like weapon charms to go along with the event.

Despite launching back in April of 2015, Rainbow Six Siege is still going strong. This event is just another in a busy year of continued support. While Sugar Fright seems to be on the smaller side of things, it still shows that a consistent stream of new content is important to Ubisoft. We’re sure to hear about more events like this as we approach the grand holiday season.