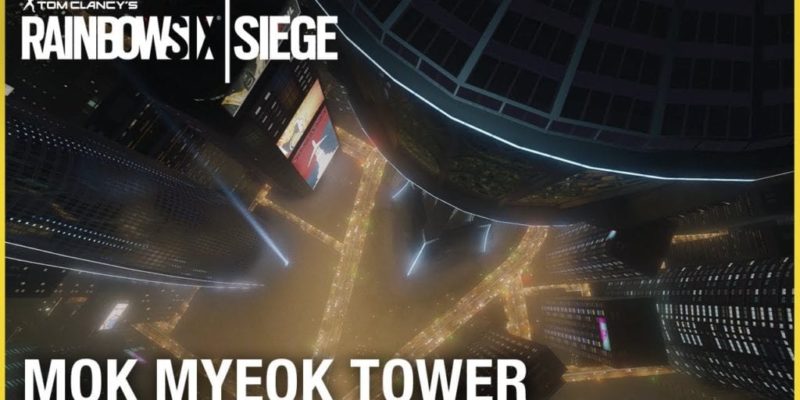 Announced last week as part of the Rainbow Six: Siege Operation White Noise update, the new map coming to the game is Mok Myeok Tower high about the streets of Seoul.

This lofty communications and observation tower looms over the cityscape and it’s a mix of traditional Korean architecture and contemporary styles. Describing the thought process behind this new map, Art Director Gregory Fromenteau explained, “We are always looking to have contrast in the maps. Modern and old school, the duality of styles.”

The structure looks huge and players will rappel themselves into the map with the early action being long ranged and then it moves to close range as they players move the centre. It looks quite impressive in the video.