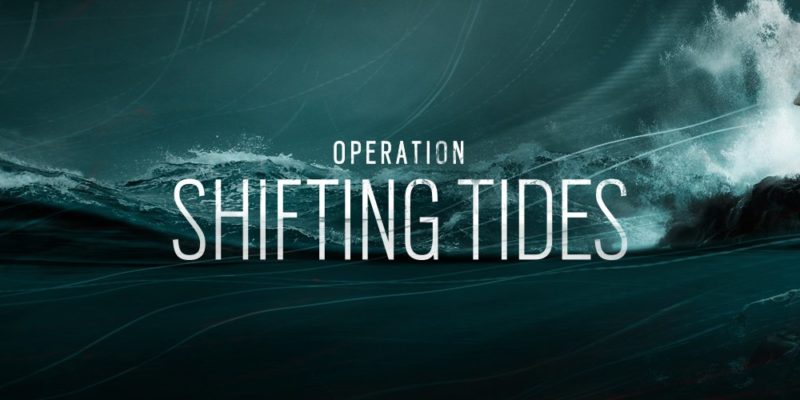 It’s that time of year again. Time to recount our blessings and what we are thankful for – like the fact that a new season of Rainbow Six Siege is just around the corner. Shifting Tides is bringing a ton of important changes, some of which we’ve already covered at length. But the all-important pre-season designer notes are the final word on how the game will change forever. Or at least for the next three months.

First up is a slew of balancing changes coming to shift your weapon pick. One of the weakest and slowest firing guns in the game, the M-12 submachine gun, is getting a little buff. This will increase its damage from 36 to 40. That may sound small, but remember that everyone only begins with 100 health, so every point counts.

The next pair of changes go hand in hand. Ubisoft is looking to appease console players who want to rush into objective with no information and without consequence. As a result, both Ela’s FO-12 and the Russian SASG-12 shotguns are seeing nerfs. Ubisoft notes that the FO-12, in particular, is “very strong and frustrating, mostly for console players, but on PC as well” and that “She is targeted by Operator bans by console players and when she is not, her pick rate is very high”.

As a result, the FO-12 is getting its damage nerfed beyond 10 meters. Additionally, both the FO-12 and SASG-12 will have their pellet spread increased and their overall accuracy decreased. This is all despite the fact that Ela is banned so infrequently on PC that she didn’t even show up in Ubisoft’s midseason ban chart. But, consoles gonna console.

Lastly for guns, in possibly the worst precedent Ubisoft could set, “#BOSGACOG is here”. That’s right, there is now a bonafide shotgun sniper in Rainbow Six Siege. As Ubisoft now takes game advice via hashtag, let me get #SeperatePCandConsolePatches going.

Shifting Tides won’t just bring in new operators and nerf shotguns for console players. It’s also adding a slew of buffs for some operators who have been struggling lately.

Glaz, the Russian sniper, has had a rough go of it lately. After being king of the ranged mountain for years, he finally lost his utility earlier this year when his patented thermal scope was nerfed. The scope now loses effectiveness whenever Glaz repositions himself. It’s a smart move overall, but Ubisoft got a little overzealous with the change and has been reeling to balance him ever since. This latest change increases his thermal scope’s base target glow. Honestly, it makes it seem like the nerf never happened, so… congrats, Glaz?

Kaid, on the other hand, is seeing both a buff and a tweak. His signature Electroclaw shock gadget will have its range increased dramatically from 0.75m to 1.3m. The nearly doubled radius should help Kaid mains find tricky little spots to hide their defensive gadget.

To complement this, Kaid is losing his impact grenades in favor of barbed wire. This should help compliment his kit and provide more utility to defenders.

Last is a little change for the mustachioed meme man himself, Warden. His barbed wire is getting swapped out with C4 to help him not be completely worthless in almost every situation.

Jackal is also getting nerfed, but we covered that in detail already.

In what could possibly be one of the biggest changes to date, bullet penetration is coming to Siege. No longer will a headshot be denied just because someone’s delicate hand stood in the way of a bullet. This new chart shows in detail what can and cannot be penetrated. Shotguns and low caliber machine pistols can’t penetrate anything. Larger caliber sniper rifles and DMRs can blow through hands and heads, almost like it’s what they were designed for. This leaves everything else – assault rifles, LGMs, SMGs, and handguns – to blow through those pesky, squishy hands.

That’s all the juicy details dropped for now. We’ll have to see how all of these play into the current meta when Shifting Tides deploys into Rainbow Six Siege in the very near future.

Fight for or against the Triglavians in EVE Online: Invasion Chapter 2