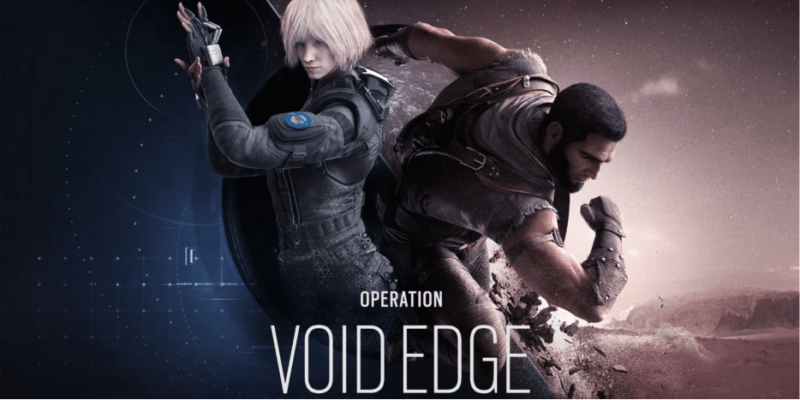 The Rainbow Six Siege Invitationals are once again upon us. As is tradition, it’s time to learn what to expect from the coming season, dubbed Void Edge. The latest season will bring two new operators, Oryx and Iana into Year 5, as well as a rework of the Oregon map.

Oryx is a beast of a defender, ready to go full Kool-Aid man on unsuspecting players. As early leaks implied, Oryx’s special ability allows him to lower his shoulder, gaining a burst of speed that outmatches any other operator in the game. If Oryx is directed at an unreinforced wall or window he will burst straight through at the cost of some damage. Breaking through a wall isn’t without consequences though. The impact will cause Oryx to lower his gun momentarily, exposing him to any nearby attackers. On the flip side, any attackers on the receiving end will be knocked to the ground for an easy kill.

Most impactfully of all, this dash can knock shield-bearing operators like Montagne right on their butts. This dash ability will build up gradually over time, similarly to Lesion’s mines. It caps out at three at any one time but doesn’t seem to have a limit overall. However, using the dash through a wall will result in a loss of your stockpile.

Quite possibly the nuttiest feather in Oryx’s cap is his ability to climb through hatches. Like Amaru last season, Oryx is bringing a level of verticality to Year 5 Rainbow Six Siege — this time for the defending side. Unlike Amaru, climbing a hatch isn’t an all or nothing commitment. Oryx is able to hang on to the ledge of an open hatch and peak around. Once he’s gotten the lay of the land he can decide to either clamber up or drop back down to his starting level. This passive ability doesn’t rely on his dash charges and won’t work on roof hatches. 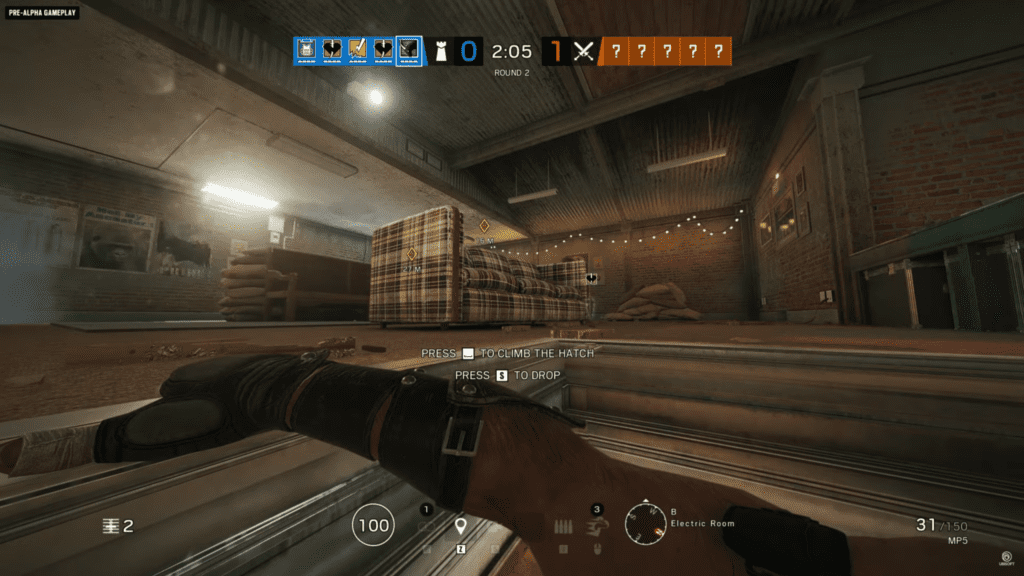 Lastly, Oryx’s kit is made up of either the SPAS-12 shotgun or MP5 submachine gun primary and the USP40 or the Baliff 410 for sidearms. This kit is primed for his overall map mobility.

Iana is the new information-centric attacker coming in Void Edge. Her ability is the Gemini hologram, which she activates to create a complete body double that she can use to scout the map. The Gemini is almost indistinguishable from the original at first sight and makes the full accompaniment of sounds one would expect. However, the hologram can not interact with physical objects, so no shooting or grenades.

Iana has full control over the Gemini, with some exception. The only limit to its movement is the lack of ability to repel or climb ladders. A downside here is that while active, Iana is a sitting duck. With this, she basically has a person-sized drone. The hologram can provide crucial information, such as trap locations without setting off said traps. 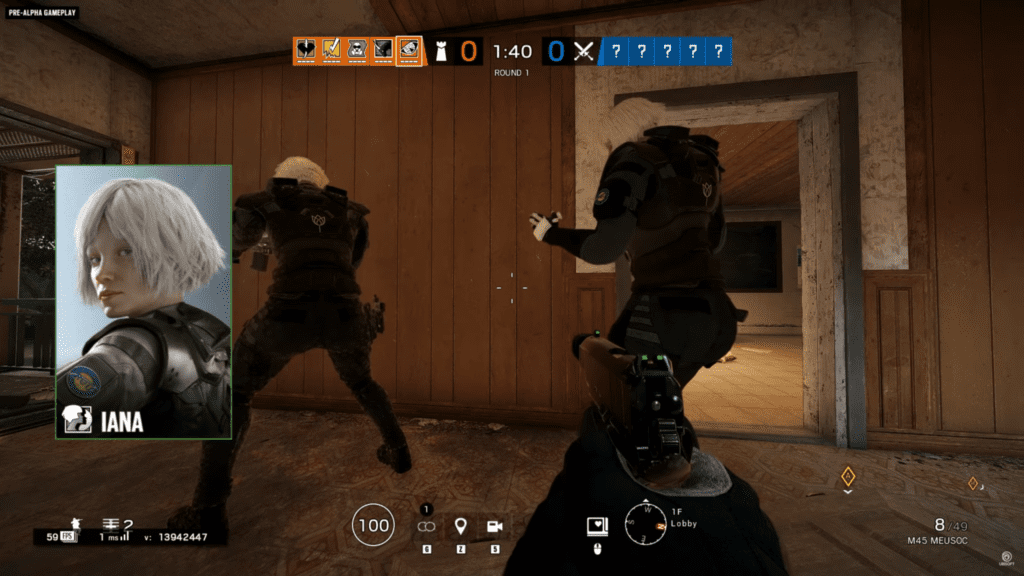 Additionally, her role seems built around tricking defenders into making poor decisions, forcing them to rotate out of position or waste valuable C4 explosives. The Gemini isn’t indestructible by a long shot though. A single bullet, Evil Eye charge, mute jammer, or really damage of any kind will destroy it. Once destroyed, the cooldown timer will be extended longer than a simple deactivation would cause. Just like Oryx, there isn’t any upper limit to how many charges she will get.

Iana’s kit is made up of the G36C and ARX200 assault rifles, best known from Ash and Nomad respectively, and the MK1 9mm pistol.

Operation Void Edge will not come with a new map. Instead, the latest season of Rainbow Six Siege brings a rework of fan-favorite map Oregon. The small tower side room has been expanded dramatically in order to give defenders the ability to hold that side of the map. There is also now an extended staircase going from the second level dorm site down to a new basement area called the freezer.

The attic connector, which bridges the dorms and big tower sides of the upstairs of the map is also getting a small change. The ladder down to the meeting room is now gone. Additionally, the floor plan around the master bedroom has been changed up with a new exterior window, giving one more angle attackers need to be wary of. Lastly, a new hallway connects big tower to kitchen letting players skip going through meeting room while traversing the map. 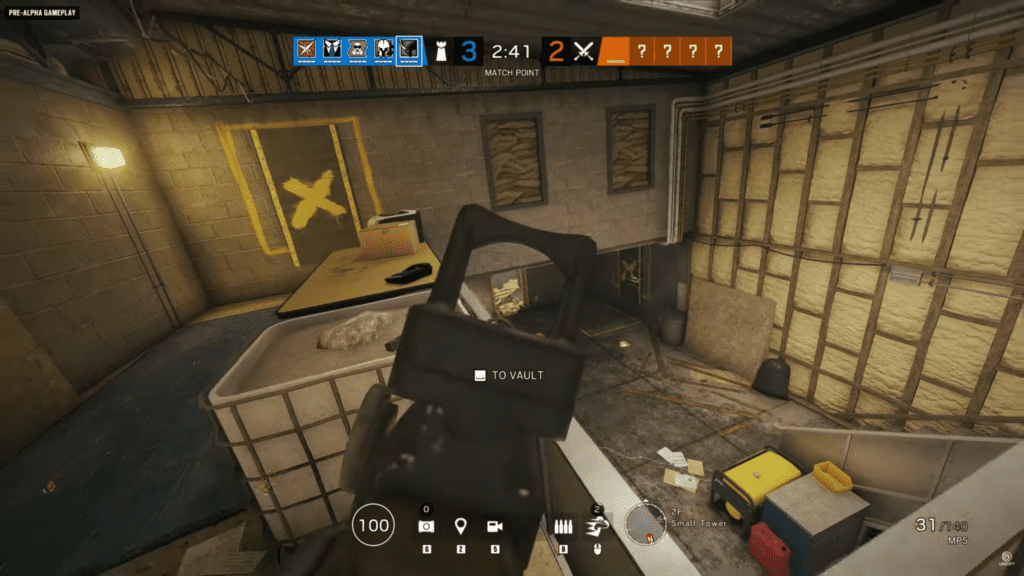 Quite possibly the biggest changes coming to Rainbow Six Siege‘s latest season are the smallest ones. Barricades are finally getting reworked. Previously, breaking a barricade created client-side debris. This meant that one player might be able to see through a partially broken window barricade while another could not. In a game all about single shot kills, I don’t need to tell you how big a problem this was.

No more! Barricades now break more uniformly with debris falling out of the way — thank goodness. Additionally, when an attacker chooses their spawn, their drone will start on the same side as their pick. On top of that, the player hub menu is getting a facelift to help with navigation. Hurray? Finally, Caviera is getting a boxing elite skin which can be viewed below:

All of these changes will be coming when Operation Void Edge launches next month. As is tradition, Year 5 season pass owners will get one-week early access to the new operators. After that first week, they will be available to purchase with in-game renown or the paid R6 credits. Anyone wanting to get a taste even earlier can check out the changes on the test server starting February 17.