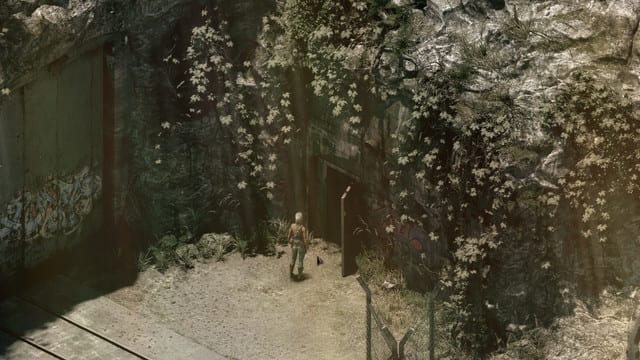 Over the years we’ve seen a lot of post-apocalyptic games in the United States, too many if you ask me. We’ve seen at least one in Canada, which I love to death, The Long Dark. We’ve seen a few in Europe, though I can’t remember any that stand out. Today, one-man indie studio Act Normal Games announced Rauniot, a post-apocalyptic point-and-click adventure set in Northern Finland.

More specifically, the game takes place near Saana fell, an extremely high and barren area in the northernmost part of Finland. However, based on the screenshots released so far, the game isn’t entirely set in this barren landscape. There are facilities to explore where you can even interact with some computers from a first-person perspective. The trailer below carries more of a rustic cinematic aesthetic.

Rauniot and the end of the world

You’ll play as a young woman called Aino whose mission is to bring power to the community she lives in. The collapsed world of Rauniot involves all the usual tropes: natural catastrophes, riots, wars, rising sea levels, pollution, collapsed nuclear power plants. Our girl Aino somehow managed to live through all that, or at least her ancestors did.

And so her journey to find electricity takes her into this barren landscape. We don’t know yet what she’ll find there, but you can expect the usual post-apocalyptic tropes with mutants, cannibals, and so on. I like the isometric art style, and I like the aesthetic of a post-apocalyptic game deep in the northern wastelands of ice and snow. But I can’t say I like the premise of the story so far. Maybe it will get better as the developer keeps working on it.