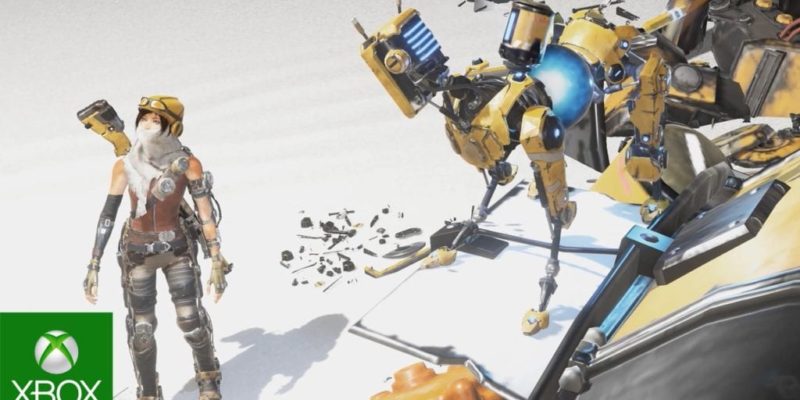 ReCore is one of those Microsoft-published titles that’s getting a PC (albeit Windows 10 only) release, and it now has a ‘launch’ trailer ahead of release. About eleven days ahead of release, because it’s due on 13 September.

In it, there’s a look at the three main bots protagonist Joule Adams will be using to navigate her way through the Far Eden Colony. There’s the dog-shaped bot, which the trailer’s dad-narration suggests is a defensive companion. Then there’s the spider-ish one, seemingly there to aid in traversal and possibly stealth. And finally there’s the gorilla-bot, equipped for the smashing of things.

ReCore is said to be coming from “the makers of Metroid Prime“, which you’d imagine is a plus. Keiji Inafune’s name is also attached; though that may not be the draw it once was after Mighty No. 9. We’ll see. Here’s the trailer.