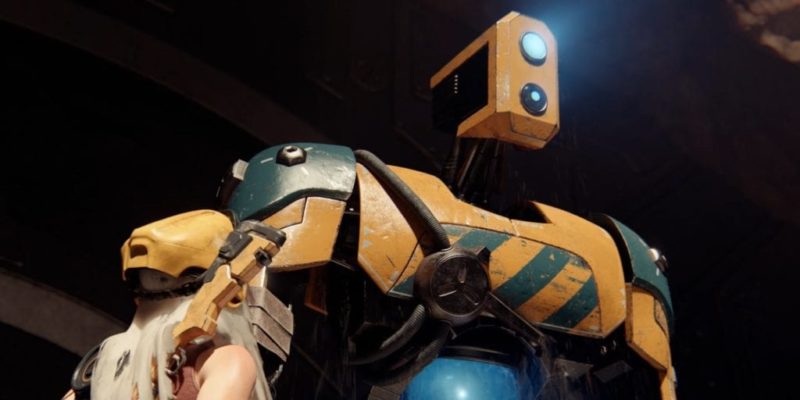 Just when you thought Larry ‘Major Nelson’ Hryb would never been seen again on these PC-focused pages, here is co-demoing the opening sections of ReCore. He’s joined by former Bungie man Joseph Staten, who is now ReCore’s lead writer.

Today’s livestream (which actually starts around the 7 minute mark) basically plays through the game from the beginning for about 50 minutes. They stop and explain things quite a bit though, so it’s probably closer to 20-30 minutes worth of opening gameplay. Still, that’s a fairly extensive look at ReCore’s principles of bot-control, combo-based combat encounters, light puzzle solving, and character progression.

Look out at around 22 minutes for the game’s dash tutorial doing its best to make Staten look silly. ReCore will be out on (Windows 10) PCs from 13 September.

PC system specs also popped up today via the Microsoft Store page for the game.

GameMaker and all modules are $15 in new Humble Bundle