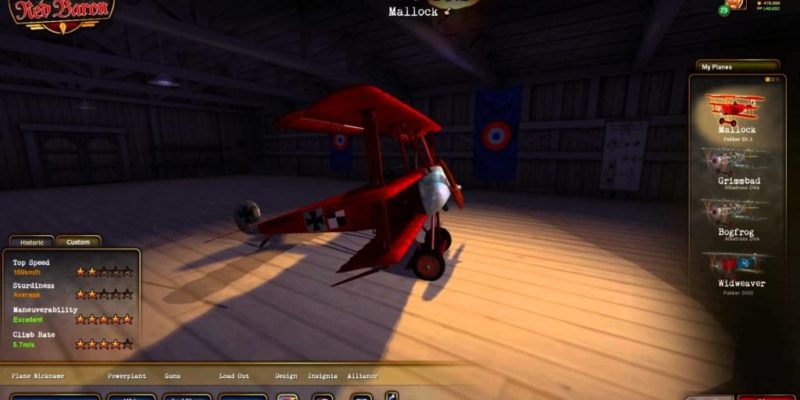 Red Baron is being rebooted by Mad Otter Games and developer Damon Slye who created the original game back in 1990. Mad Otter has just launched a Kickstarter to get this WWI action flight game made and they’re looking to raise $250,000.

While all that is going on, the game has just been added to Steam Greenlight and they are looking for some votes to get it added.

This new Red Baron comes with single and multiplayer modes, Oculus Rift support,  and there’s even some MOBA action included. The team are looking to keep the game as authentic as possible but also say they want to “hit the sweet spot” between sim and game.

The single player campaign could be a lot of fun as they plan to allow players to “plot their own course” through missions which are randomly generated. There’s also progression with medals, promotions and aircraft customisation.

This evening system specs for the game were also released and they are as follows:

Not rocking: Rocksmith 2014 still not out on Steam