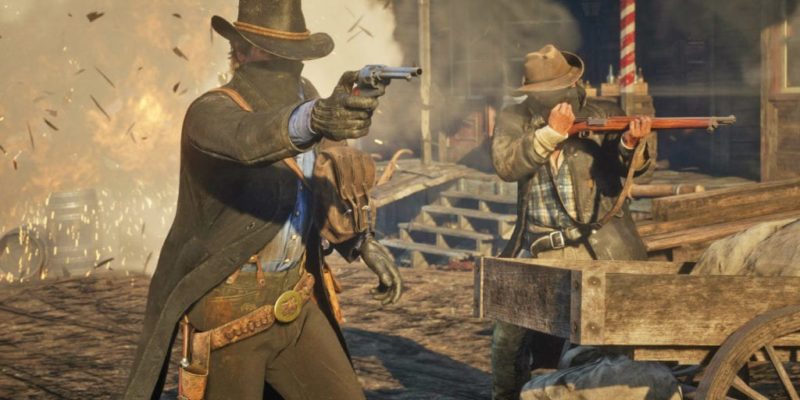 Red Dead Redemption 2 released on PC last week, and like any major PC release, mods started rolling out like crazy. Some users, however, have been using the mods in Red Dead Online, resulting in bans. Although Rockstar has embraced single-player mods, they’ve condemned multiplayer ones. Even prior to release, Rockstar stated that Social Club accounts could be banned or suspended for using mods that violate the EULA or terms of service.

Although modding the online component of the game is against the rules, Rockstar is especially against a few particular mods. Any sort of account boosting or money lobbies are a no-no, resulting in an outright ban. Rockstar may treat smaller offenses differently, with either a warning or a suspension.

An anonymous source sent a screenshot to RDR2.org showing that Rockstar banned their account for 30 days. Additionally, their progression, characters, and inventory were reset. Furthermore, the email clarified that bannings are “final and may not be appealed.”

In short, be careful if you’re venturing online with mods in Red Dead Redemption 2. Rockstar is clearly not tolerating any sort of online modding, which, in addition to banning or suspending your account, could result in lost progress. Single-player mods are, thankfully, still fine. You can find those on Nexus and Mod-RDR.

The more worrying issue is how Rockstar will handle the modding community in the future. Take-Two quickly shut down the Red Dead Redemption: Enhancement Project mod earlier this year, which was a full remake of the original game for PC. In another instance, Take-Two ordered the developers of GTA: Multiplayer to take down the service and cease any further development. In speaking with the developers, we learned that the GTA:MP team actually had a working relationship with Rockstar, but it was Take-Two who took issue.

Red Dead Redemption 2 is still in its infancy on PC, so mods like the ones above haven’t surfaced. If they do, though, they could be in for a bumpy ride.