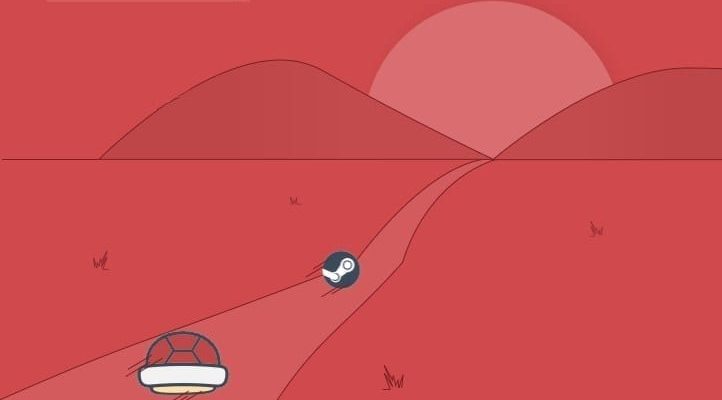 In the past couple of years, discussions around both online and data privacy have become commonplace. News coverage about Google and Amazon “spying” on its users have caused worry. Meanwhile, Facebook’s involvement in the Cambridge Analytica scandal and Russia’s meddling with the 2016 US elections have rightfully caused outrage. So yes, data privacy has become a major concern. That brings us to our Red Shell retrospective, a look at the “spyware” controversy which happened last month.

Red Shell is an analytics software which collects data rendered anonymous or pseudonymized data on players for marketing purposes. It runs in the background, gathering information on ad clicks so that developers are aware of which of their marketing strategies work. Sensitive information such as real names, emails, addresses, credit card information, etc. are not collected.

What it does track is the information about your operating system, your browser, and the ads you have checked out. It also collects your IP address (anonymized), and game settings. That seems harmless enough, right? Unfortunately, it’s also led to a severe backlash from very vocal gamers. It’s less because of the practice, and more due to the principle behind it.

The “Meet Red Shell” video below also gives you a gist of what using the program entails. The video was published last December (2017) and barely anyone batted an eye. Take a look at the comments and dislikes, and you’ll quickly see that the majority of them popped up just last month.

The Red Shell Controversy: The “Anti” Side

First things first — as mentioned, Red Shell runs in the background. This was already seen as a major issue by many players. The fact that players were unaware that certain data was being collected, coupled with recent news on data privacy breaches, caused alarm. Some believed that Red Shell was “spyware” and that developers were “spying” on them. Some cited GDPR violations and the need to contact lawmakers about this breach. Others compared it to bringing a thief in the night, or an unwanted guest in your house. A few were more extreme, who felt that their information was being stolen and sold to the highest bidder.

These comments populated various subreddits, forums, and Steam discussion pages. Elder Scrolls Online players discovered it and directed their complaints. Later on, it reached the Conan Exiles message board. The controversy hit a fever pitch when Reddit user u/Alexspeed75 delivered the news on the Steam subreddit. The post received thousands of upvotes and thus gained more traction among gamers as they learned of the program’s existence.

In various gaming communities, there was a sense of urgency and extreme disgust. All of this stemmed from the failure of developers to properly disclose Red Shell’s existence in their games. Even though certain games denoted information collection on their EULA/TOS, most gamers generally skipped those, and as such, would not even know of these practices.

Players flocked to the games which had Red Shell active and began bombarding them with negative Steam reviews. You can take a look at the ones from Civilization VI and Kerbal Space Program (below) to see how many negative reviews popped up within the timeframe of the controversy.

The Red Shell Controversy: The “Pro/Neutral” Side

Despite these qualms from vocal gamers, others took a more neutral or even pro-Red Shell stance. The basic ideas are that (1) companies, websites, browsers, and apps all track your information anyway through various means; (2) developers need a marketing tool to help ascertain which of their strategies are working; (3) Red Shell is harmless.

The conclusion of those sentiments surmised that the other side might just be overreacting a little bit.

Developers of various games which used Red Shell also provided official responses. For Vermintide 2, Fatshark representative Hedge compared the software to a less-invasive “browser cookie” and said it was simply a “marketing tool” for the team. For Bethesda’s Quake Champions, Community Manager MortalEmperor mentioned that their use of Red Shell was simply to learn which of their advertisement campaigns worked. In Total War, which had multiple games running Red Shell, Community Manager Grace_CA stated that it was “not spyware” at all. Also, for Civilization VI, before Red Shell was removed in a recent update, Community Leader (not an official representative) SamBC tried to reach out to players on the matter.

Marketing in the Online Age

Perhaps one of the most telling responses came from Mailuki, a representative for Bohemia Interactive’s YLands:

Because Redshell can’t be simply turned on and off as the game analytics can and players seem to object to having it active, we decided to remove it from the game altogether. This was a very difficult decision. It will leave us basically blind when it comes to evaluation of any future marketing campaigns and make things much more difficult in this aspect – but even though, as I said before, this is a service used by many other games, we want you to feel comfortable and safe while playing our game.

So yes, while it was a big win for gamers who lodged complaints, it was also a detriment for developers. Companies need these new marketing and data gathering tools, especially in this interconnected age. Much like human society and technology, advertising and marketing strategies evolve.

It’s also a balancing act, as if walking on a tightrope, that developers need to manage properly. Red Shell’s controversy is a sign that developers will need to think twice about these methods. One false move and you can have an internet mob bearing down on you, no matter your reasons, no matter the explanation.

Apart from spill-overs from recent news about data privacy breaches and stolen information, there is one other reason why the Red Shell controversy became widespread. Psychology explains it as ‘Negativity Bias’. Our brains are wired to be more affected by unpleasant things than something equally good. When a co-worker criticizes your work, you feel down and it affects you more than an equal level of praise. Bad news on the TV, or on the internet, disturbs you more than something that’s amusing. There are even studies on specific ratios of good-versus-bad interactions among married couples to determine if they would get divorced.

Simply put, negative words and phrases affect you more, especially owing to interconnectivity and how fast information travels nowadays. The shock of finding out that a program is running secretly in the background will, of course, spur on more surprise. The mere mention of the word “spyware,” “spying,” or “malware” will elicit a negative emotion from you. Attributions of “stealing data,” “corrupt business practices,” “anti-consumer,” and the like will evoke certain reactions.

It will be hard to come to a rational discussion when online anonymity and mob mentality, with a dash of outrage, are at the forefront. The Red Shell controversy exemplified that. In the end is it better to cut your losses and accede to gamer demands as a means of goodwill? Is it better to rebuild relationships and trust with your consumer base? Surely anything would be better than sticking to your guns and suffering prolonged bad publicity.

What do you think about the Red Shell controversy? Let us know.