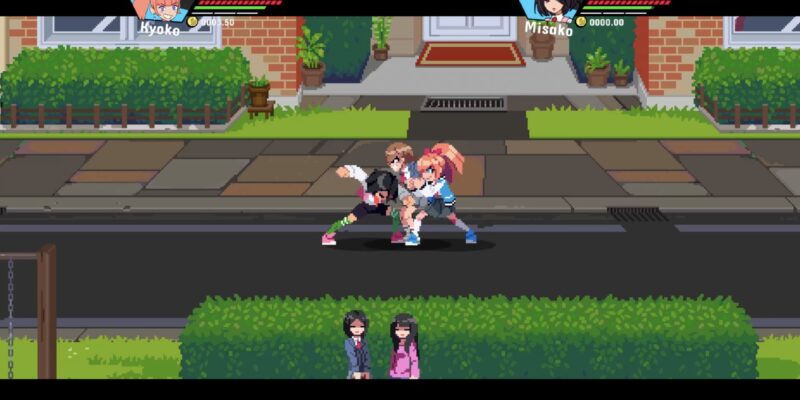 For a while, publisher Arc System Works and developer WayForward trickled out scant pieces of information about River City Girls 2, only showing maybe a few screenshots at most. Over two months ago, however, the two companies finally put out the first trailer for the game, which showcased gameplay and visuals that appeared just as crisp and energetic as the first River City Girls. And to cap off the year, WayForward just put out even more information on River City Girls 2, including its summer 2022 release window.

According to WayForward’s recent press release, River City Girls 2 continues right where “its predecessor left off.” It sees six playable protagonists partaking in “the fight of their lives when an old foe returns to wreak havoc.” To aid them in their fight, the protagonists will bring with them “new stat-altering accessories, new items, new weapons, and additional moves,” as well as “brand-new abilities like guard-crush attacks and lift-off combos.” Additionally, the protagonists can hold two recruited foes at once, and they can even “enlist the help of hired henchmen who pack even more of a punch.”

River City Girls 2 boasts even more new features than the ones already mentioned, such as a day-night cycle and “more-complex terrain.” And as one would expect, the campaign will take players through a host of new areas, “including downtown slums, a tech-company campus, and an enchanted forest,” as well as a cast of new bad guys to take on. The game also comes with “improved quest tracking, three difficulty settings, and a dynamic story system with dialogue that changes depending on the player-controlled characters.”

It looks like River City Girls 2 will come with quite a few more new features than the first trailer let on, and this coupled with the newly announced release window will likely leave fans incredibly ecstatic. Hopefully, WayForward will reveal a specific release date in due time.

After more than a decade, Diablo II is getting a balance patch