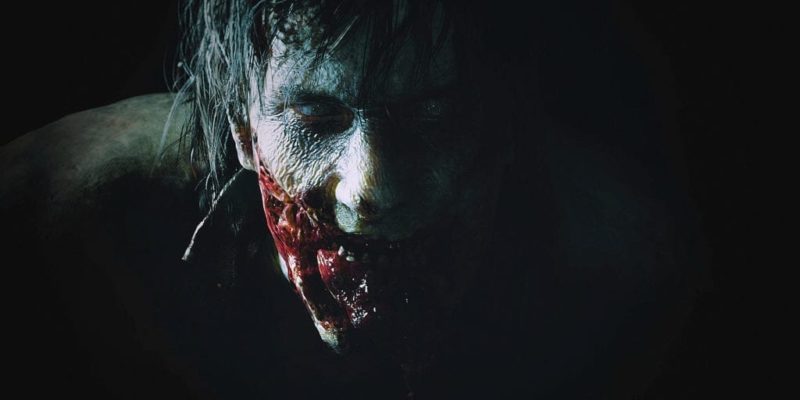 The Resident Evil 2 remake might just become the most successful of the bunch since the series arrived on Steam. At the very least, this is where all signs point towards if we’re basing it on the success of the Resident Evil 2 1-shot demo. The demo which has a 30-minute timer — that you can remove via some editing or dubious trainers — lets you explore parts of the Racoon City Police Department. It’s only one small slice of the pie, but enough to whet any long-time fan’s appetite. You can check out Greg Bargas’ impressions here. The game, which originally launched 20 years ago, sees a resurgence of popularity in modern times, with a bit of nostalgia thrown in for good measure.

Now, what actually points toward success? Well, we don’t need to look further than the number of players who’ve tried out Resident Evil 2’s 1-shot demo. In total, over 1.5 million players across multiple platforms gave it a go, with only 28 percent finding success. As for Steam, take a look at the image below from Steamcharts which shows that the demo’s player count peaked at 10,778 concurrent players. 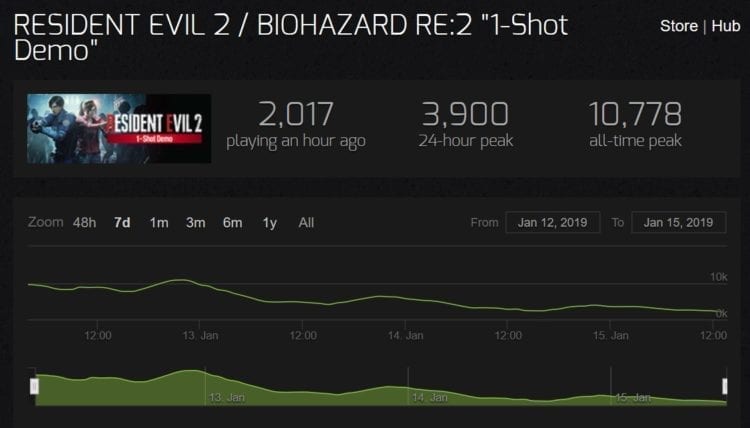 One Shot, One Killer Launch?

Other tracker sites have also released information. On Steamdb, the number is at 10,811. On Githyp, it’s 10,642. The numbers might not seem much until we compare it to a previous demo for the franchise.

The remake’s demo has nearly triple the number of players signifying that the hype is at an all-time high. In fact, the 1-shot demo’s peak count is just shy of Resident Evil 6’s concurrent player record for the actual game!

Again, it’s just plainly the demo’s numbers. A lot of things can still happen before and after the game launches on January 25.  Then again, if the numbers for the demo are our sole indicator, we could simply see that Resident Evil 2 might become the biggest game in the franchise to hit Steam.

Rocket League Is Now Playable Across ALL Platforms