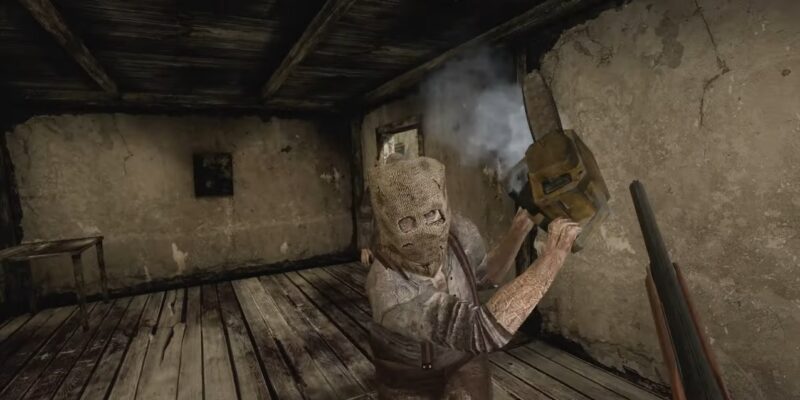 I’m a big fan of visualizing my life in a zombie apocalypse, wondering how I’d fare against the flesh-hungry undead. In my grand delusions, I like to think I’d do okay, knowing where to scout and how to kill a zombie. But the only way to know for sure is to experience it. Developer Capcom is putting all our zombie-hopeful skills to the test with Resident Evil 4 on VR, releasing exclusively for the Oculus Quest 2 this October.

Okay, so a traditional zombie apocalypse is not the same as the undead we see in Resident Evil 4. I’d like to hope I won’t encounter any boss battles in real life while searching for canned goods. But even if I can’t get an accurate gauge of my zombie hunting prowess, I can at least scare myself to death with the full Resident Evil experience in virtual reality. Capcom released a gameplay teaser alongside its announcement, so we can take a look at what scares await us.

Resident Evil 4 for the Oculus Quest is the same base game as the original, but heavily reworked to run in virtual reality. Capcom collaborated with Oculus Studios and Armature Studios to retool the entire game in first-person, unlike the original third-person perspective. You still move with the analog stick, but gun combat works differently, combining Leon’s movement with the use of the Oculus touch controllers. Weapons, objects, and puzzles are re-engineered as physical objects that can now be interacted with. You can pick up items from the floor, and grab weapons off your own body rather than through a menu.

Resident Evil 4 will release on October 21, exclusively for the Oculus Quest 2. You can play this game on your PC by connecting your Quest 2 with Facebook’s Oculus Air Link app. Check out Resident Evil 4 VR’s gameplay trailer below.