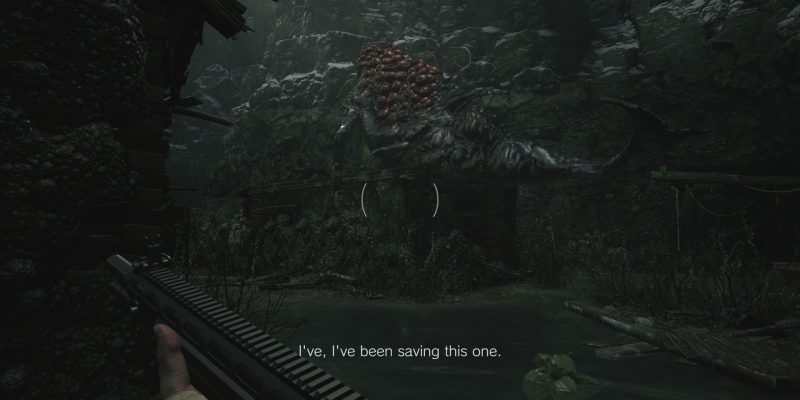 The fight against the Lords in Resident Evil Village continues, and this time you’ll have to beat Moreau. Despite being most of the way through the game, he’s only the second big boss fight. Much like Dimitrescu, he’s not hard at all, although he’s harder than she was. You’ll need to be a bit more careful and practical while fighting him. Luckily, he doesn’t have that much health (on standard, at least.) Plus the area is littered with supplies that will come in handy, namely mines.

To start the fight, you’ll need to drop down into the bog. It’s a dead-end, so walk around the corner and move forward. But be ready, as Moreau will show up as soon as you make it a certain distance. Unlike the last boss, his weak point only shows up sometimes, but he opens the fight by showing it off. His weak point is just like Dimitrescu’s: a human-sized white growth within the mutation. It comes out of his mouth. Blast it a couple of times with your shotgun and then run back where you dropped down from. If you don’t, he’ll hit you.

You’ll notice that the objects that blocked this area off are now gone, so run. Just keep moving and he won’t have a lot of chances to hit you. Randomly shooting at him is pointless, so use explosions to expose his weak point. You’ll either want to shoot the red barrels as he walks past them (there are three) or lay mines down, whether you found them or like to regularly craft them. As long as you don’t stay in one spot, he won’t pose much threat. 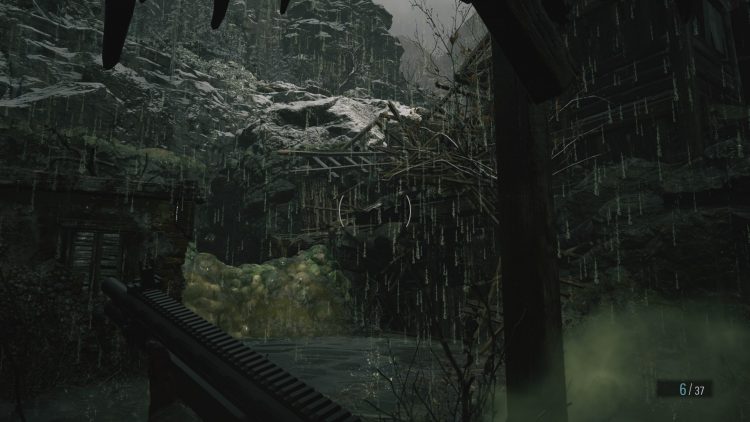 After taking a certain amount of damage, Moreau will jump on a building and say that he’s been waiting to try a certain special attack. When he does this, get to a spot with a roof on it, as he’s going to make it rain acid. There are little covered alcoves, so make a beeline for the nearest one. This acid rain also creates walls of slime that you’ll need to attack to remove. Keep shooting barrels or laying mines. Throwing a pipe bomb or using your grenade launcher will work too.

After using the acid rain, he’ll make himself bulkier. When he’s doing this, he’s going to attack you with vomit, so get behind cover. He’s not vulnerable while in this state, so even if you hit him with explosives, his weak point won’t be exposed. Also, you can actually knock him down and leave him exposed for a while sometimes. Use this to run up close and blast him more with a shotgun. It’s worth mentioning that the simple act of walking into a mine hurts him as well, regardless of whether his weak point is exposed. I actually killed him with a mine, so they’re highly useful in this scenario.

Once he’s gone, you’ll automatically grab his crystallized remains. It’s a pretty neat fight, although it’s surprising how weak the Lords have been so far, isn’t it? You beat all three while barely breaking a sweat. You beat one of them with a pair of scissors while you were drugged up and seeing dolls everywhere. Looks like Mother Miranda isn’t very good at training staff. She should stick to…well, whatever it is that she spends her time on. Kidnapping babies and showing up in one cutscene or something. 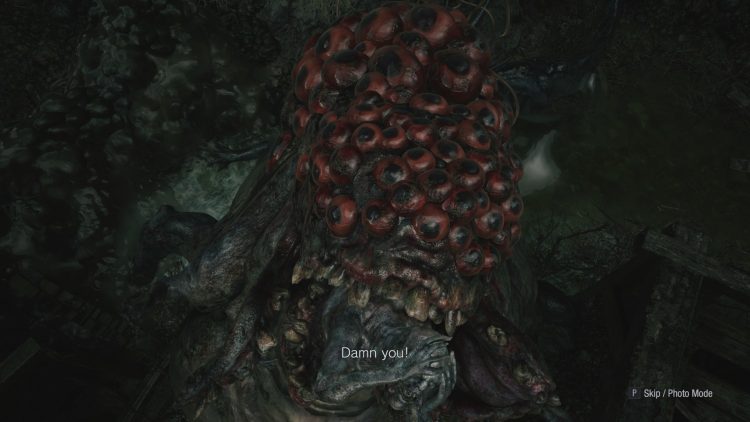