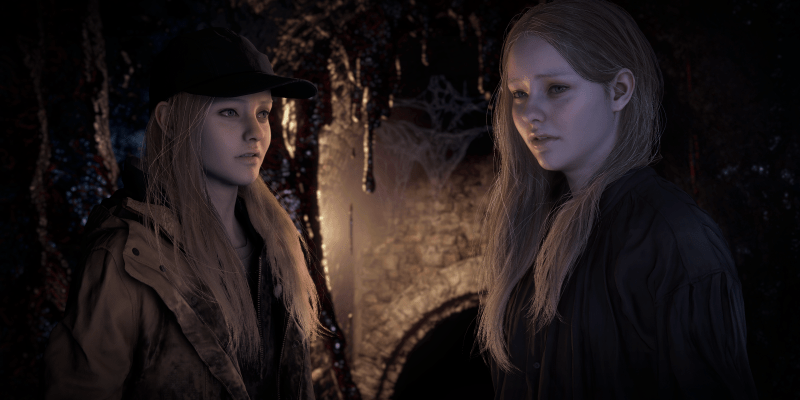 Resident Evil 7 had some pretty decent DLC, didn’t it? An expansion with a new character and new locales, multiple new modes, the post-launch content added a decent amount to the game. With the Winters’ Expansion, Resident Evil Village has finally gotten some DLC of its own. What’s here is far from bad, but it’s absolutely lackluster compared to what Capcom offered with its predecessor. I had a decent time with the brief new campaign, and the new characters added to the Mercenaries are fun to play as. However, the overly steep $20 USD price tag and some serious déja vu make the Winters’ Expansion a bit of a tough sell.

So what exactly will that $20 get you? There’s Shadows of Rose, a short new campaign featuring Ethan and Mia’s daughter. In it, an operative known as K tells Rose she can get rid of her powers by connecting to the last remnants of the Megamycete and using something called a purifying crystal. She connects to it, only to find more than she bargained for — to use a familiar cliché. The story has some narratively powerful moments, but it’s very much a retread of Resident Evil Village proper. I’d go as far as to say that it might actually cheapen that game’s ending. Also, at one point a character from RE 7 shows up and their character model isn’t updated at all. They look terrible next to the other models.

On top of that, Chris Redfield, Heisenberg, and Lady Dimitrescu are now playable in the Mercenaries mode. I was hopeful that this addition would, at the very least, add a version of the mode more like the one included in older games as opposed to the score attack one from Resident Evil Village. Alas, nothing has been added, outside of some minor changes to the mode itself. You can only use these three characters in the same levels that have been available this entire time. It’s thoroughly disappointing. Finally, there’s a third-person camera mode available for the main game’s campaign. It sadly doesn’t work for The Mercenaries. 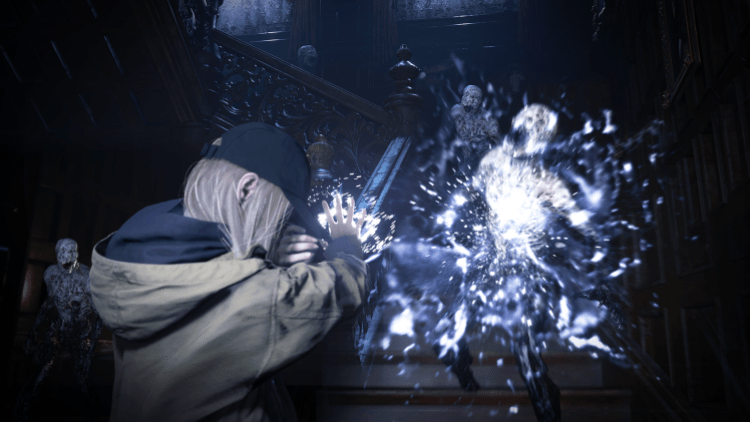 Honestly, the Winters’ Expansion seems like it should be sold for closer to $7.50, but absolutely not $20. And not just because of how little gameplay time you get for the price. Shadows of Rose is fairly enjoyable. The campaign is mostly divided into two sections. The first is akin to the classic gameplay where you’ll need to watch your supplies. At least, it seems that way at first. You’ll find far more supplies than you need, especially since this section is the only time you’ll really be using them.

The second section is made up of pure puzzles and stealth. To be clear, the first section copies and pastes the Dimitrescu castle, save for the roof. Old puzzles have been swapped in for new ones, but the entire section is really just the same environment most of us have already gone through repeatedly. The opening does introduce a new area that uses the dungeon assets for 10 or 15 minutes, but the rest is just the castle verbatim. There are other changes, though, as the area is overtaken by a red growth that Rose can’t touch, as well as mold husks.

Rose also gets her own special abilities. She finds flasks that give her mutamycete power, which let you stun enemies at the cost of some of your mold gauge, as well as the ability to clear up the growth by destroying flower-like cores. Otherwise, though, this is the exact gameplay you’re familiar with, save for the fact that Rose doesn’t get a melee weapon. This section lasts about 75 minutes or so, ending with a fairly simple boss battle. It’s more Resident Evil Village, which is undoubtedly a good thing, but it’s hard to get excited about revisiting the castle almost exactly as we saw it last. 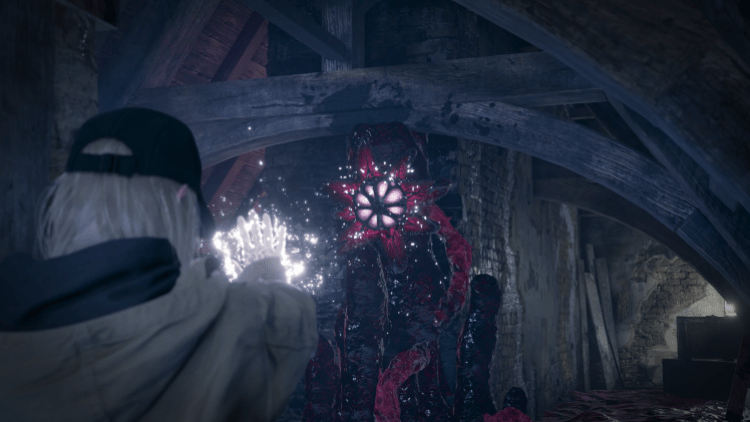 Then there’s the second section, which is partially just a retread of the Beneviento house, again with new puzzles. One part of this has a chase that replaces the baby with something that I personally found to be scarier, even if it takes a bit of memorizing. Afterward, there’s a gameplay section that actually uses new environments where Rose has to sneak around, which lasts for about 10 minutes. I enjoyed the chase and sneaking here a fair amount, as they felt like a good use of the game’s systems, even if Resident Evil Village didn’t really need any sneaking.

The final part of the campaign reuses the map from Chris’s section of the main game before throwing a rehash of one of the boss battles at us for the finale. Overall, it took me two and a half hours, almost all of which was just areas from the base game with some differences. Considering that End of Zoe gave us entirely new areas, this was extremely disappointing.

As for the new characters, they’re fine. The Mercenaries mode in Resident Evil Village was just okay before and it’s still okay now. All three characters are equipped with their own weapons: Chris gets his pistol and rifle, plus he can punch enemies, which builds up a gauge that lets him one-hit kill foes with punches for a bit once activated; Heisenberg throws metal and uses his hammer, while also using electricity; Dimitrescu is the best character, as she has slashes with her nails and has a bar that builds up as she kills enemies, which allows her to throw her vanity or summon her daughters. She even summons flies. 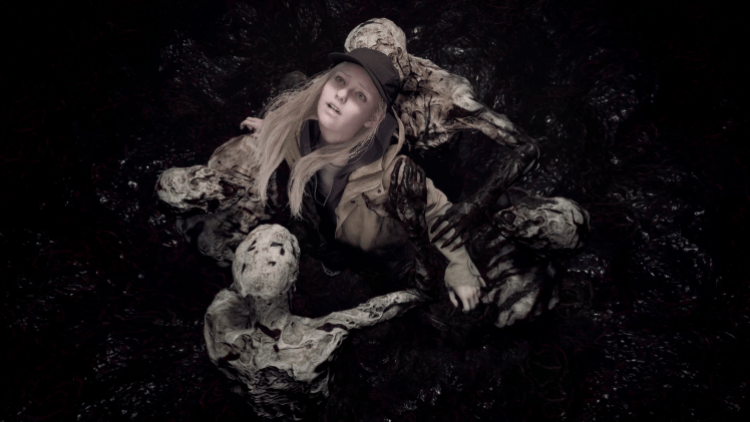 The third-person camera for the campaign is exactly what it sounds like. I prefer Resident Evil Village in first person, so this also wasn’t of that much interest to me. I probably put four hours into the Winters’ Expansion before I’d seen all I’d wanted to, which isn’t great for the $20 price tag. You can buy entire games with far more content that you haven’t already seen repeatedly for over a year for the same money. Fans are going to want to see Rose’s story and play as these characters for a bit, but this is a fairly shallow and overpriced retread, so definitely wait for a steep sale.

Resident Evil Village Winters' Expansion adds some more content to the game. But it's mostly all rehashed and overpriced.