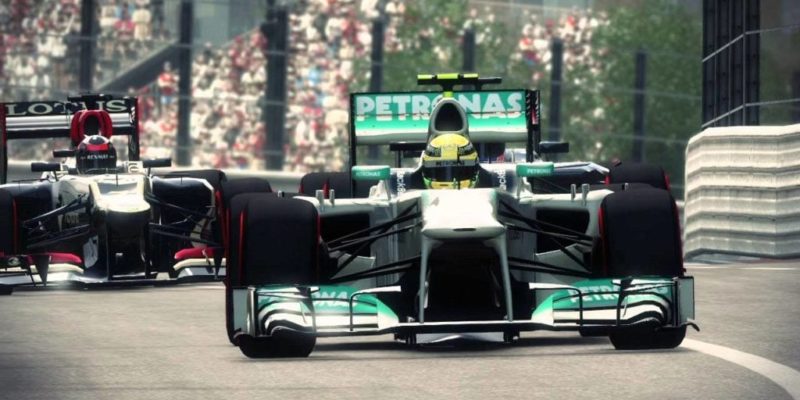 This 1988 car has no idea that The Cure are about to release their best album next year.

Hello there. You look like someone who’d like to hear that in order to get the full range of tracks and cars from an upcoming F1 2013 racing title from Codemasters, you’ll need to buy a limited edition pre-order version of the game. Yes, F1 2013 will be available in regular form (with a few classic tracks and cars) and F1 2013: Classic edition (with ALL of the classic tracks and cars … until some DLC comes out.)

There will be 10,000 copies of Classic released in the UK, and the breakdown of what’s in each version is a bit complicated so here’s the run-down:

Ok, actually that was less complicated than I thought. Everything 1990s is in the Classic version only. That’s pretty much it. There’s no indication yet how much this limited edition version will cost, but I’d imagine it’ll be either the same or slightly more than whatever the base game ends up being.

Both editions will, of course, have everything pertaining to the current Formula One season.

Here’s a new trailer to remind you that F1 drivers are all modern day Roman Gladiators or something.