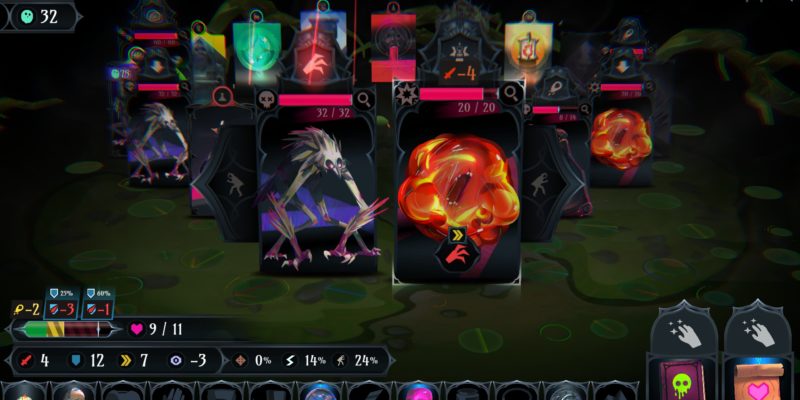 The game already had a ton of content, but the devs have just added a whole lot more. Ring of Pain’s new update is called the Mimic’s Hoard, and comes with a plethora of new additions that are sure to spice up new runs for players. As the game more than lives up to its name, you can expect all of this new stuff to kill the ever-loving crap out of you and make you regret getting out of bed in the morning. Or maybe that’s just me. I really regret getting out of bed this morning, which is what I’m getting at.

So what does the Mimic’s Hoard update add? I’m glad you asked. Not content to keep the same bestiary kicking around, Ring of Pain now has over 15 new enemies to get murdered by. On top of that, there are over 80 new items that will help players reach new heights, but then make them cry when they realize that the tradeoff they accepted ended up being the death of them. There are even more than five new special rooms that have been added to the game, because the elaborate torture chambers that it already offered apparently just weren’t painful enough.

Pain inside of my brain

But it’s not all new things to spruce up runs. Ring of Pain is making additional quality of life changes available as well. The game originally offered hard mode as the only extra difficulty option once the game was beaten. Now players can experience the new medium mode. Wait, that means I got relentlessly crushed by easy mode?! Weak! Even some starting items received a buff or two. There’s a new status effect called petrify too, which is really just reworked light damage, but I won’t tell if you won’t. There’s a whole lot of reasons to jump back into the game with this update. I’m thinking of doing so as I type this, but the feeling of impending doom overcoming me makes me think that’s about as likely as me being able to beat Ring of Pain.