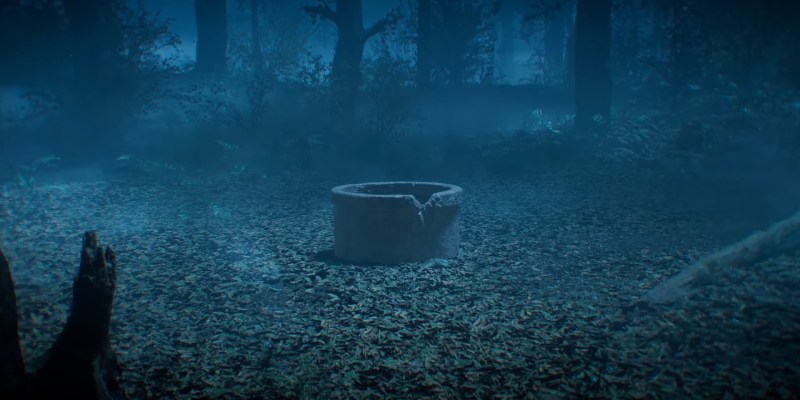 “You’re gonna die in seven days” is what I want to say, except fans of Japanese horror will probably be thrilled at this upcoming announcement. This influential horror franchise Ringu is getting a collaboration with Dead by Daylight, adding to its cast of legendary horror icons. The game already features noteworthy horror figures, like Pinhead, Ghostface, and Freddy Krueger. At this point, it really does feel like nothing is off-limits.

The collaboration sees developer Behaviour Interactive and Japanese entertainment publisher Kadokawa joining hands.  The Ringu franchise involves the haunting story of a curse that spreads across its victims through the form of a videotape. Once anyone views this cursed tape, they’re doomed to die in exactly seven days. Although, now that videotapes are basically extinct, the Ringu ghost is gonna have to change up their methods. Maybe a cursed YouTube link?

Ringu hasn’t been kept to Japanese audiences only. Its story was brought to the West in the 2002 film, The Ring, starring Naomi Watts and Brian Cox.

Don’t watch the trailer if you value your life, or you’ll notice the iconic well that houses the Ringu ghost. From that well, the haunted ghost girl will appear, with long hair that cascades over her pale, deathly face.

“The importance of the Ringu franchise in Japan, and its influence on culture around the world are undeniable,” said Mathieu Côté, game director for Dead by Daylight, in a press release. “To be given the opportunity to dive into that legendary story as we bring this creation into Dead by Daylight is an immense honor. This new Chapter will give our players something intensely dark and troubling, a real heart-pounding experience that adds to the already high intensity of our game.”

This new deadly chapter of Dead by Daylight will arrive in March 2022. There will be more details to come, but right now, I’m gonna mute my phone.

Stranger of Paradise: Final Fantasy Origin gets more details on jobs and characters