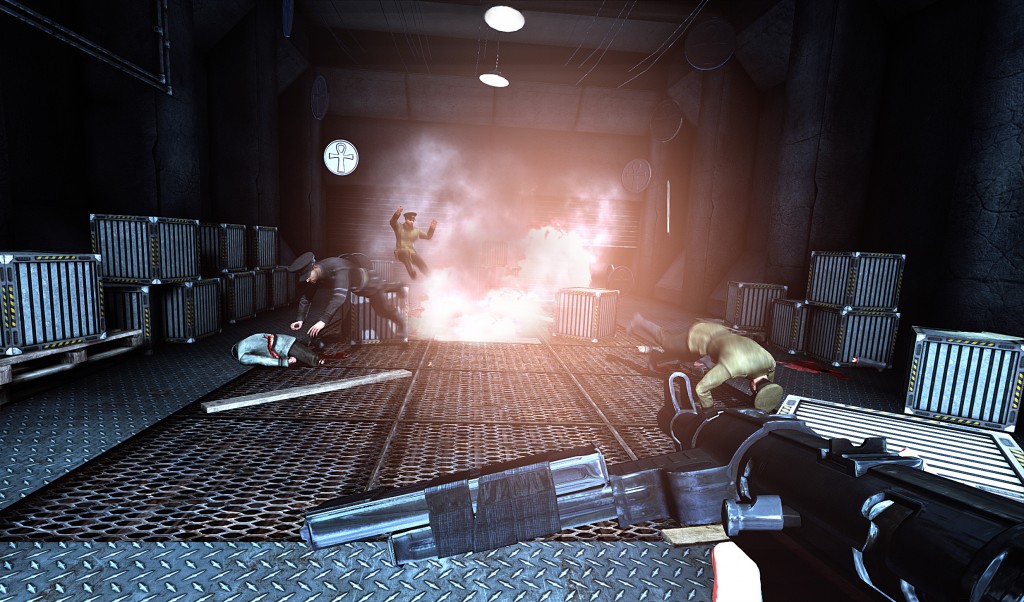 Apogee Software have teamed up with Interceptor Entertainment to remake the 1995 first person shooter Rise of the Triad. As in the original, you’ll be taking the role of one of five H.U.N.T. (High-Risk United Nations Taskforce) agents, and gunning your way through a 20-mission single player campaign.

Multiplayer will be present too promising to “bring back all the fun and excitement of classic ROTT“. If you remember them from the 1995 release, you’ll probably be pleased to hear of the return of “maniacal modes”, including God mode, Elasto mode, Mercury mode, Shrooms mode and the all-important Dog mode (which is exactly what you think it is).

Rise of the Triad will be coming to the PC through Steam later this year. You’ll even be able to build your own mods and levels and share them through the Steam Workshop.

Enjoy some nostalgia-tinged screenshots, below.

Wii U features revealed for Fifa 13 and Madden 13